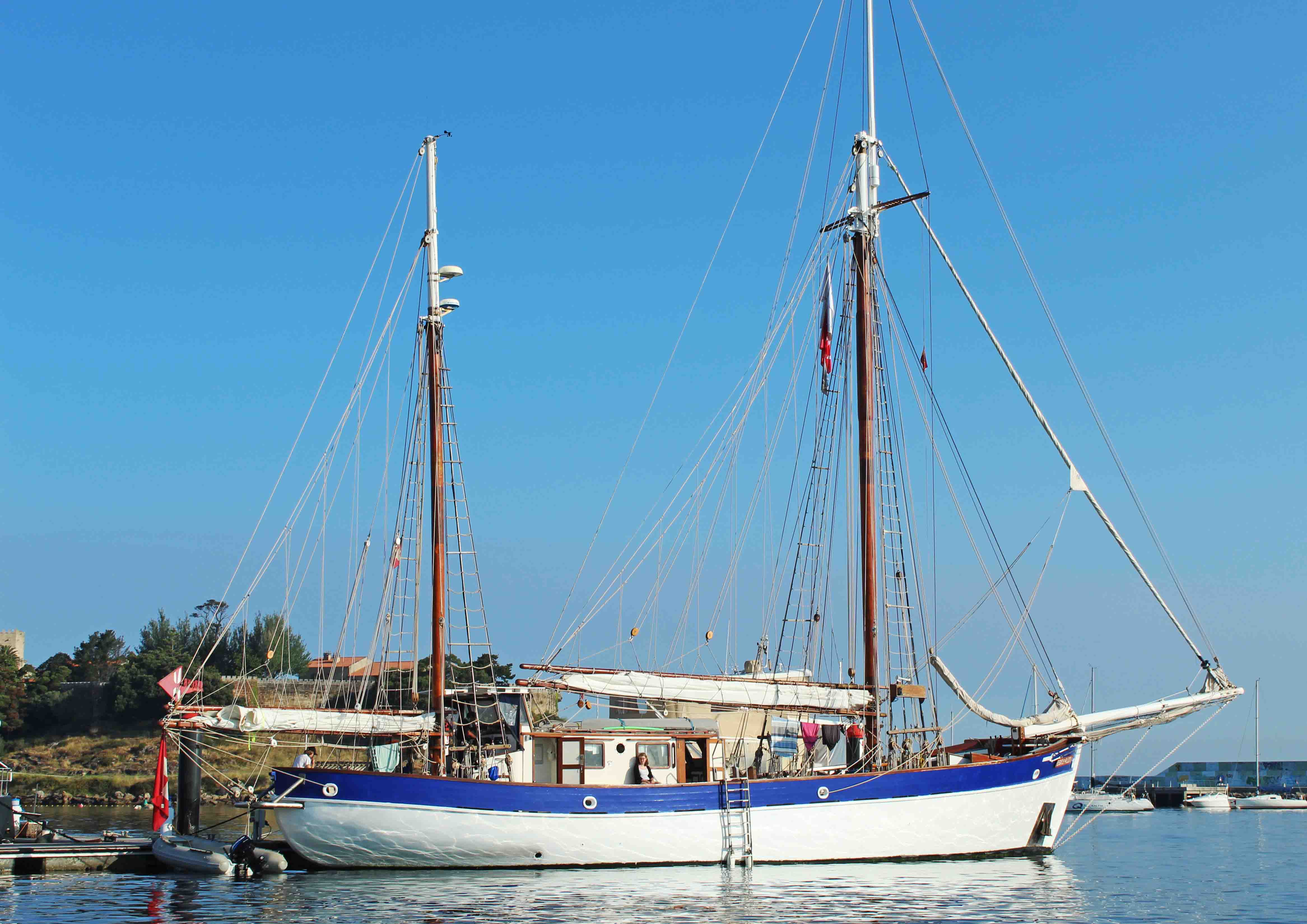 · The 33-meter-long sailboat arrives in Baiona thanks to the Foundation Pacifique and the Ocean Mapping Expedition that commemorated the fifth centenary of Magellan and Elcano’s first circumnavigation of the world, replicating their journey

· For four and a half years, the ship followed in the footsteps of sailors carrying out science, education and culture activities in its wake with the aim of explaining the human impact on the ocean

· The ship, moored this Monday at the Monte Real Club de Yates, will continue its journey as of tomorrow, Tuesday, towards Lisbon, Faro and Cádiz, the last stages planned on its navigation route.

The Monte Real Club de Yates hosts these days on its pontoons the Fleur de Passion, the 33-meter-long Swiss sailboat that for the last four and a half years has sailed around the planet replicating the first circumnavigation of the world by Magellan and Elcano.

The Baionese club has been chosen by the Fondation Pacifique (the non-profit organization based in Geneva that leads the Ocean Mapping Expedition ), as a stopover in the last stages of the sailboat’s navigation, which will continue tomorrow, Tuesday, towards Lisbon, Faro and Cadiz.

During its stay at Monte Real, the boat has remained open to the public who wished to visit it and the students of the club’s Sailing School have been able to learn more about its characteristics, getting on board and listening to the crew’s explanations.

The main objective of the Fleur de Passion in its journey around the world is to offer data on the impact of man on the oceans, while trying to raise awareness of the need to implement actions to prevent their deterioration.

Microplastics, noise pollution, greenhouse gases or the state of health of coral reefs are some of the problems that were addressed in the different scales of the sailboat.

The Fleur de Passion is the largest Swiss sailing ship, a former minesweeper of the German Navy, built in 1941 and converted into a sailing ship in the 1970s.