The Count of Gondomar sails Galicia from north to south again 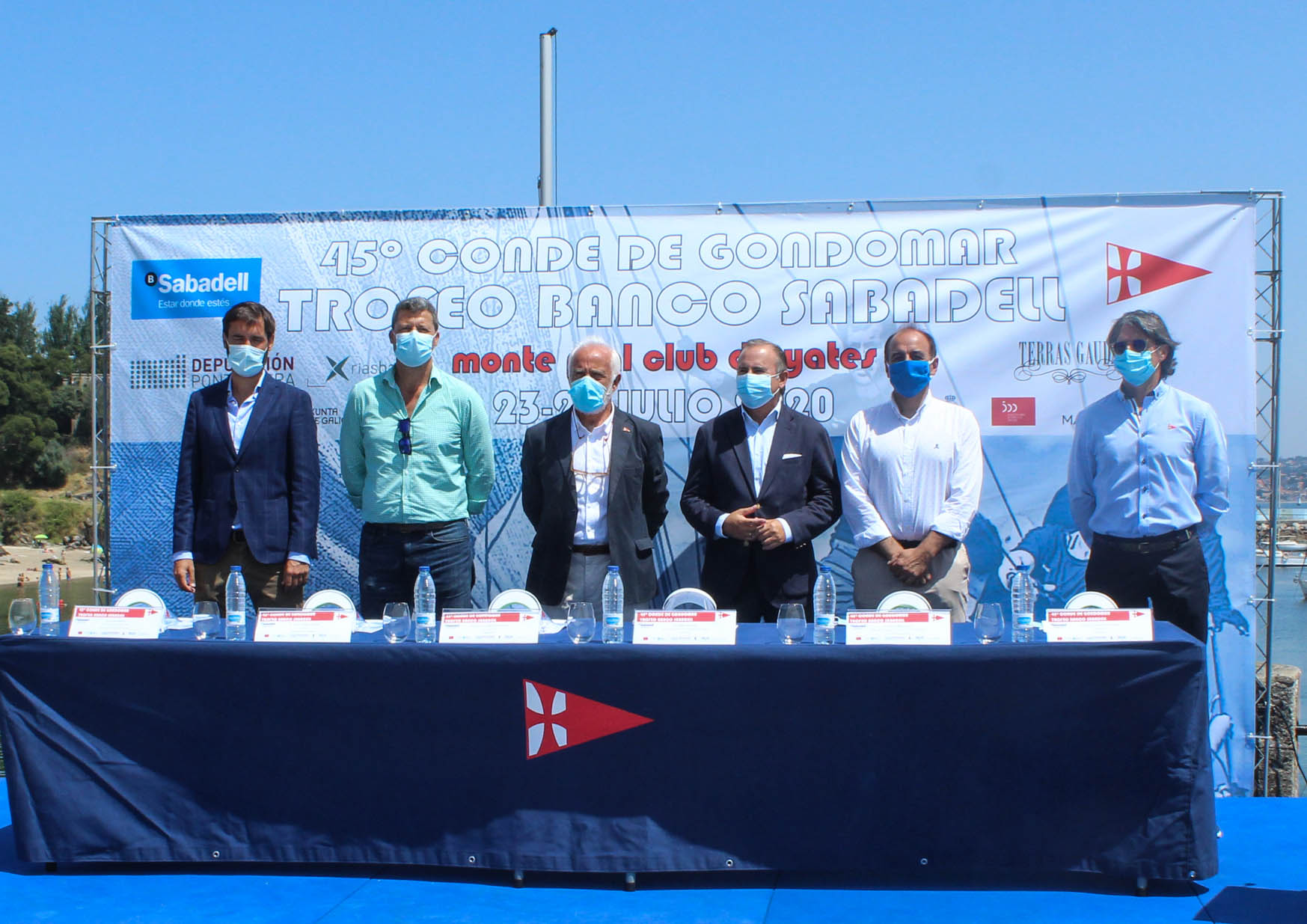 · The mythical route from Baiona to Carrumeiro Chico, in Corcubión, with nearly 100 miles of distance, will once again be the star event of the competition and the greatest challenge for the participants

· Two of the boats with the most victories in the history of the trophy will participate in the forty-fifth edition of the Conde de Gondomar, José Luis Freire’s Pairo (6 wins) and the Pérez Canal brothers’ Aceites Abril (4 wins).

· With various races to be held in the vicinity of the Cíes and Ons islands, the National Park of the Atlantic Islands of Galicia and the Rías Baixas become outstanding venues for the regatta 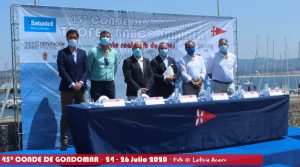 The Monte Real Club de Yates presented this Tuesday at a press conference a new edition of its most traditional competition, the Count of Gondomar, which in 2020 celebrates its 45th anniversary uninterruptedly.

“Few competitions have been able to complete 45 years of celebration doing it, moreover, uninterruptedly, and maintaining the essence with which they were created. This year, these two aspects take on, if possible, greater importance due to the situation that we have had to live through, which has complicated the future of numerous sports competitions. But from Monte Real, aware of the importance of continuing to bet on life and sport, we have made a great effort so that the Count of Gondomar could be celebrated” – José Luis Álvarez, president of the Monte Real Yacht Club

The trophy, one of the most charismatic of sailing in Spain, is being disputed once again this year thanks to the collaboration of Banco Sabadell, which has been betting on the Baiona club and deep-sea sailing for several editions.

“I would like to thank the Monte Real Club de Yates for continuing to count on SabadellGallego in an event that is part of the Galician regatta tradition thanks to the enormous effort put into its celebration. We work together to recover nature, tourism and sport, to ultimately recover normality in these troubled times” – Pablo Junceda, CEO of SabadellGallego

The 45th Count of Gondomar – Banco Sabadell Trophy will last for four days, coinciding, as has been the tradition, with the days surrounding July 25, Galicia’s Big Day. Thursday the 23rd will be the day of preparations, with the closing of inscriptions and the delivery of instructions to the participants. There will also be a meeting of patrons at Monte Real at eight in the afternoon.

The competition will begin on Friday 24 with the Conde de Gondomar Regatta, the most exciting of the trophy due to its long distance, almost 100 miles long. At eleven o’clock in the morning, the sailboats will set course, from the bay of Baiona, to the Carrumeiro Chico, in the Corcubión estuary, which they will have to turn around before starting the return.

There will be numerous hours of navigation passing through a large part of the Galician coast, a route in which the crews will be able to opt for an internal route, closer to the coast; or external, outside the Atlantic Islands National Park.

On Saturday the 25th, the Erizana Regatta will be held, with a shorter distance, in which the sailboats that did not compete on the opening day will participate. For them, the regatta committee will prepare a route that will have the Ons archipelago as the protagonist, with the sailboats rounding the Camouco lighthouse before returning to Baiona.

On Sunday the 26th, the last, more technical tests will be held for the entire fleet. At the anchorage of the Cíes Islands, starting at noon, several windward-leeward routes between buoys will be scheduled, some heats that will decide the winners of the 45th Count of Gondomar – Banco Sabadell Trophy.

It will be at the end of these tests when the crews return to land for the awards ceremony, scheduled for half past six in the afternoon at Monte Real. It will be attended by different authorities from the Xunta de Galicia, the Pontevedra Provincial Council and the Baiona council, as well as members of the board of directors of Monte Real and representatives and directors of Banco Sabadell.

In addition to the president and commodore of the Monte Real Yacht Club, José Luis Álvarez and Ignacio Sánchez Otaegui, the General Director of Banco Sabadell, Pablo Junceda; the mayor of Baiona, Carlos Gómez; the provincial head of the sports service of the Xunta de Galicia, Daniel Benavides; and the deputy for sports from the Pontevedra Provincial Council, Gorka Gómez. 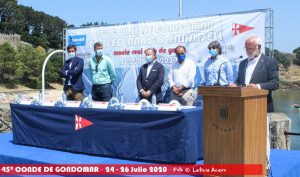 The almost 100 miles from Baiona to Carrumeiro Chico, the biggest challenge for sailors

The mythical route from Baiona to Carrumeiro Chico, in Corcubión, with nearly 100 miles of distance, will once again be the star regatta of the competition and the greatest challenge for the participants. This is one of the most important long-distance races in Spain and a great challenge for the sailors, who will not only have to face the sea conditions but also the fatigue involved in haggling for so many hours.

In the previous edition, some boats took more than 24 hours to complete the route. The last winner of the Carrumeiro Chico climb, in 2019, was Yess Too , owned by the Portuguese owner and skipper Rui Ramada, after 17 hours and 36 minutes of sailing.

Pairo and April Oils , eager to continue writing their names on the honor roll

With several days to go before the registration deadline closes and the complete list of crews that will fight for a new victory in the Conde de Gondomar is known, two of the boats that have already announced their participation in the trophy are the pair and the Oils April .

The sailboats built by José Luis Freire and the Pérez Canal brothers are two of the historical participants in the competition, to which they have been coming for years and in which they have managed to write their names on the honor roll several times.

Aceites Abril continues in its wake with 4 victories, the same ones achieved by Paz Andrade’s Ardora and Castrosúa led by Willy Alonso. Luis and Jorge Canal’s boat has been the undisputed protagonist in recent years, taking the grand prize in 2013, and chaining three consecutive golds in 2016, 2017 and 2018. In the last edition, that of 2019, he was at the gates of achieving the fourth victory in a row because the Yess Too snatched the victory. 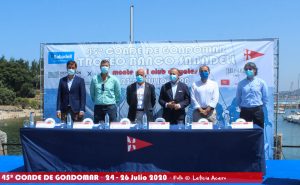 11:00> COUNT OF GONDOMAR REGATTA: Baiona – Carrumeiro – Baiona
19:00> DINNER FOR THE SHIPS THAT ARE ARRIVING