The Balearic Islands rules in the national Optimist 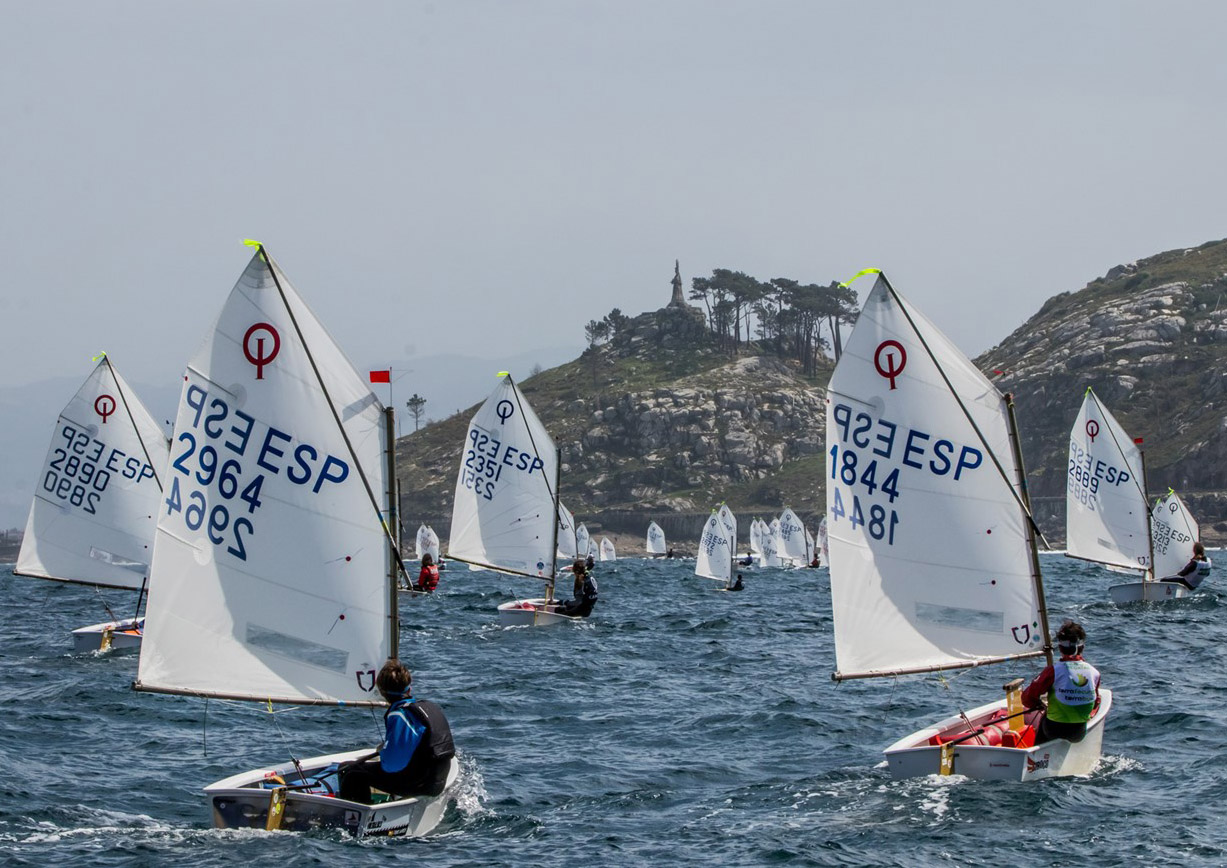 The Spanish Optimist Championship – Cenor Trophy has already named its first leaders. Marisa Alexandra Vicens and Ignacio Martín, both from the Balearic territorial federation, were placed this Thursday at the top of the classification of the children’s sailing national held in the Galician town of Baiona under the organization of the Monte Real Yacht Club.

With two first places and one second, and after discarding her worst result (a 26), Marisa Alexandra Vicens, from Club Nautic s’Arenal, was the best athlete in the regatta. It is placed at the top of the general classification and also leads the group of the female SUB 16. In this category, they are followed, in second and third position, by Susana Bestard (RCN Palma) and Nicola Jane Sadler (CN s’Arenal) from Mallorca.

Among the U16 boys, the best of the day was Tim Lubat (RCN Palma). He overtook his club mate Xabier García, who is second; and the Canarian Miguel Padrón (RCN Gran Canaria) who closes the provisional podium of the category.

In the SUB 13 competition, Ignacio Martín (RCN Palma) and Blanca Ferrando (RCN Valencia) lead the classification, in the male and female categories. The Andalusian Rodrigo Luis González Pérez (CDN Punta Umbría) and the Balearic Nikko Palou (RCN Palma) were left on the verge of first place, second and third respectively among the boys; and Candela Escobedo (RCM Santander) and Gabriela Morell (RCN Palma) hold the provisional silver and bronze for the girls.

This second day of the Spanish Optimist Championship – Cenor Trophy was the first scoring of the competition after the blank day lived this Wednesday due to lack of wind. Three tests were planned in the stage program, but the regatta committee, seeing the good weather conditions and the not very optimistic reports for the remaining days of competition, decided to do a fourth.

They were all held with very good wind, always above ten knots, with an average of thirteen and gusts of up to sixteen. The starts were clean, with hardly any out of line, and it was only necessary to make a general call to the sailors of the blue group. The aspiring champions of Spain sailed on a trapezoid-shaped field, which they left on the outside completing a lap, passing through a gate and adding a second upwind leg to the finish.

The regatta area was located in Carallones, at the entrance to the Bay of Baiona, one of the most spectacular places in the Rías Baixas due to the views it offers of the Estelas Islands, the Cíes Islands of the Atlantic Islands National Park, the Parador Nacional de Baiona and the Virgen de la Roca, one of the most visited monuments in the Galician fishing village.

Quite a luxury for the 150 sailors from 10 autonomous communities that participate in this Optimist Spanish Championship that the Monte Real Club de Yates organizes by delegation of the Royal Spanish Sailing Federation and with the sponsorship of the Cenor Group.

The national dinghy continues tomorrow, Friday, the Easter holiday, with the third of the four scheduled days, which will be the second scoring one. The time set for the start of the tests is eleven in the morning but the wind forecasts are not very encouraging and delays are not ruled out.