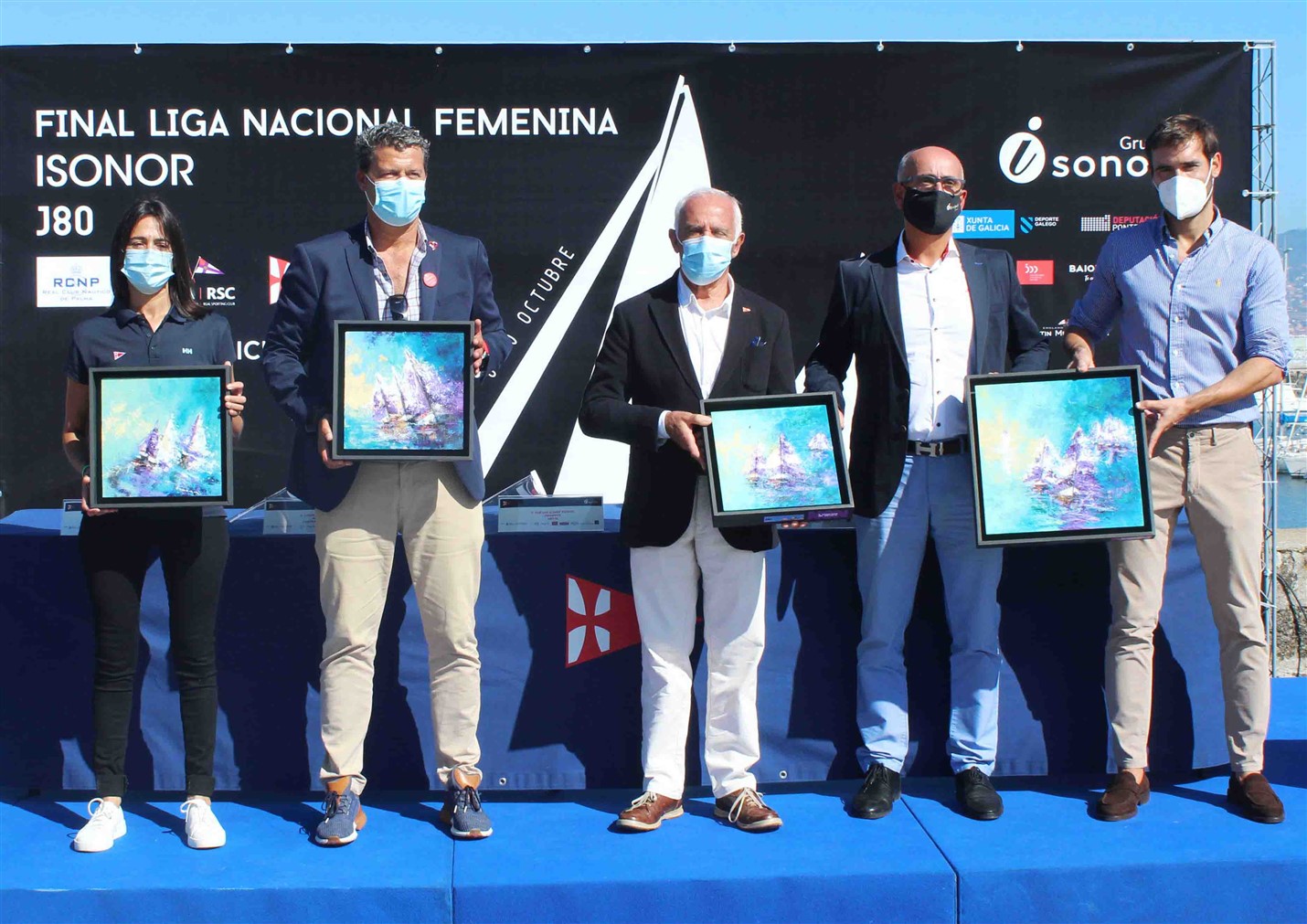 · The Monte Real Club de Yates de Baiona organizes, by delegation of the Royal Spanish Sailing Federation and with the sponsorship of the Isonor Group, the final of the state circuit that will elevate the best J80 women’s team

· The Dorsia Covirán of the Marina Burriananova, made up of Ana Pujol and Nuria Sánchez, leads the classification after winning the previous tests held in May in Bizkaia and in August in Mallorca

· With the official presentation held this Friday and the last training sessions for the crews, Monte Real kicks off the final stretch of the competition that will crown its winners on Sunday 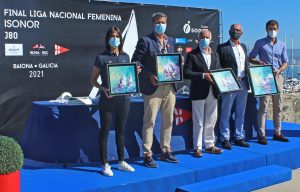 After passing through Bizkaia and Mallorca, this weekend the 2021 National Women’s Sailing League arrives in Galicia, the national circuit promoted by the Royal Spanish Sailing Federation that will hold its final tests in Baiona under the organization of the Monte Real Club de Yates de Baiona and with the sponsorship of the Isonor Group.

The competition will elevate the best women’s crews in the country aboard a J80, one of the fastest growing monotypes in Spain for years, with a significant number of units in Galicia, among which the Monte Real fleet stands out.

The winners of the Women’s National League will come out of the joint classification of the II International Women’s Sailing Cup held in May at the Real Club Marítimo del Abra – Real Sporting Club; the 39th Copa del Rey organized by the Real Club Náutico de Palma; and the last tests this weekend in Baiona.

This final stage, officially presented this Friday at the Monte Real Club de Yates, will include two regatta days, on Saturday from noon and on Sunday from eleven in the morning. There are six events scheduled, three per day, and the regatta will be considered valid once two legs are completed. The J80 will have to face windward – leeward type routes, they will compete in fleet format and will score in real time.

The person in charge of sporting events at Monte Real, sailor Marga Cameselle, believes that events such as the National Women’s Sailing League are very necessary to continue promoting women in the world of sailing. “Although it is true that important steps have been taken towards equality -he assured in the official presentation-, the truth is that the effort in this field is still very necessary. And that is why we are here today, betting once again on women”.

In similar terms, the sponsor of the event, the general director of the Isonor Group, Jorge González Cuenca, pronounced himself. “For us -said González- The commitment to women is a clear company objective and that is why we have decided to support this competition. We share with this regatta, with sport and particularly with sailing, values of equality, sustainability, self-improvement, success and teamwork; and all of them will be present this weekend in Baiona”.

After its first two stages, the 2021 National Women’s Sailing League is headed by Dorsia Covirán (Marina Burriananova), armed by Ana Pujol and Nuria Sánchez. The sailboat, skippered by Marta Garrido, was the winner in the two previous tests held in Bizkaia and Mallorca, but will be absent from the Galicia regattas due to scheduling problems. “It was our wish to be able to dispute the final in Baiona – says the setter Nuria Sánchez-, but due to team agenda issues we will not be able to attend. It saddens us because it is always especially exciting to compete in Galicia and even more so in a year as good as this one, with so many victories achieved”.

The absence of the current leaders will add emotion to a final of the competition in which the second and third provisional classified will be: the crew of the AGD of the Real Club Náutico de Palma, skippered by Helena Alegre; and that of the Decoexa of the Real Club Náutico de San Sebastián, led by Olatz Muñoz. The Balearic Islands and the Basques are separated by 5 and 8 points respectively from the leadership of the circuit held by the Valencians.

On Sunday, once all the tests planned in Baiona have finished, the Monte Real Club de Yates will host the awards ceremony for the winners, who will receive a pictorial work created specifically for the occasion by the artist Willy Ramos Castro. It is titled “Get air, fly and triumph” , it is made with mixed techniques of acrylic, oil and natural pigments on wood and symbolizes the symbiosis of women with the sea through sailing.

The official presentation of the event, held this Friday in Baiona, was also attended by the president and vice president of the Monte Real Yacht Club, José Luis Álvarez and Alejandro Retolaza, the mayor of Baiona, Carlos Gómez; and the deputy for Sports of the Pontevedra Provincial Council, Gorka Gómez.

The last two agreed on the importance of continuing to support initiatives that fight for equality between men and women. “From the Pontevedra Provincial Council -assured the deputy Gorka Gómez- For years we have been committed to women, equality and feminism. And we do it with real measures, eliminating the differences in contributions to male and female teams that occurred years ago. These are real measures that we are going to continue to apply.”

The mayor of Baiona, Carlos Gómez, especially thanked Isonor for its support. “It is important that the private company -said the councilor- and the administrations collaborate with events that try to fight against the gender gap and fight for equality between men and women. There is still a long way to go, but together we will work better and the effort and results will be greater”.