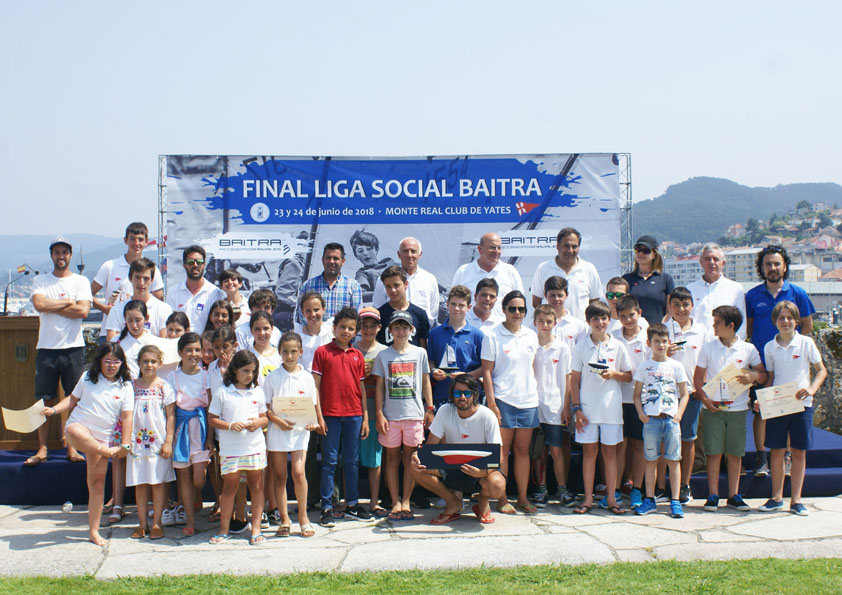 After having managed to sneak onto the winners’ podium on the penultimate day of testing, the sailor from the Monte Real Club de Yates Pablo Marquina sentenced the Liga Social Baitra this Sunday after taking partial victory of the day and gold in the final general classification .

At just 11 years of age, the young sailor thus adds a new triumph to a spectacular year in which he chained several prizes in different nautical competitions. After receiving a special award for the youngest sailor in the last edition of the Conde de Gondomar Trophy, Marquina made it onto the podium of the Galician Optimist Championship and was also proclaimed the Under-11 Champion of the Granitos Ibéricos Trophy. 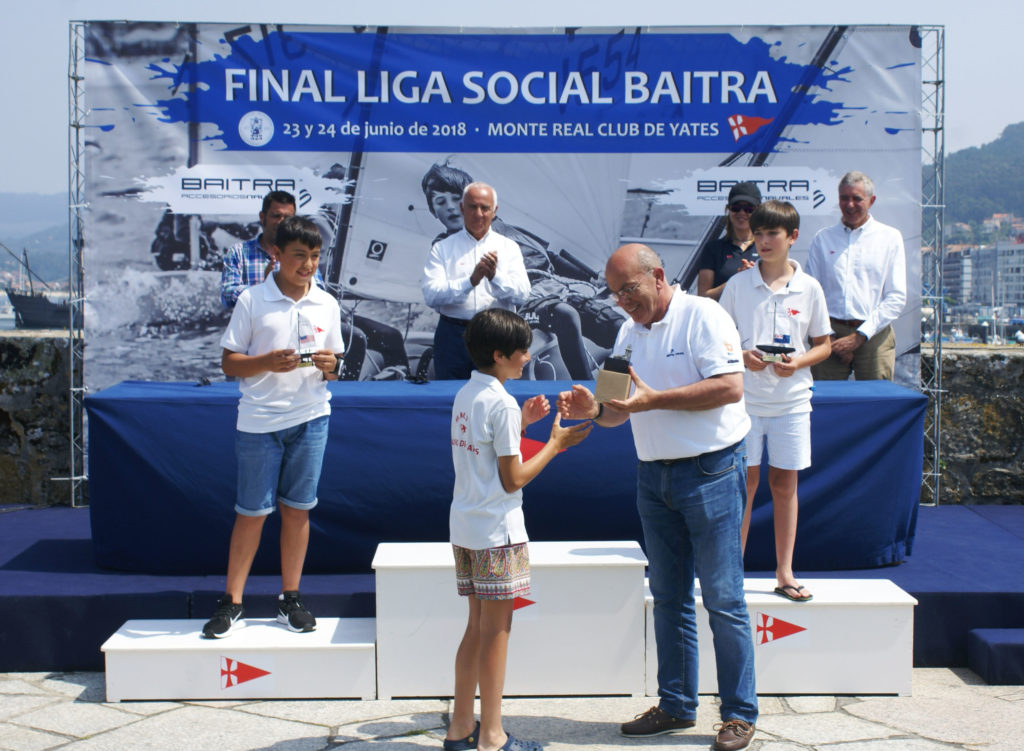 With this new victory in the Baitra Social League, Marquina concludes a brilliant season in which, according to his coach Samuel Montouto, he stood out for his great effort and dedication, qualities that – Montouto assures – allowed him to achieve great progression and climb positions in the classification until taking the final victory.

Silver and bronze in the Optimist class went to Yago Marquina and Nacho Salgueiro, who fought until the end for second and third place, finishing with 42 and 43 points respectively, just 6 shy of victory. 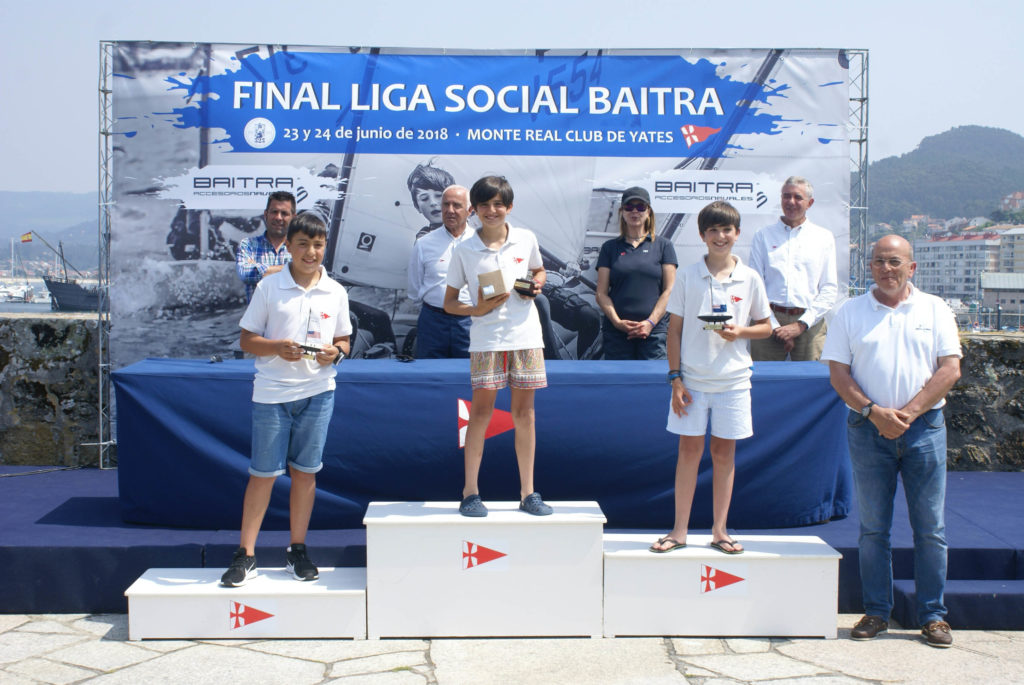 In the 420 class, the tandem Nico Dominguez and Yago González, who had been leaders since the penultimate day, finally managed to win. They received their award from the manager of Baitra, Juan Carlos González, sponsor of the event, and one of the main promoters of grassroots sailing in Galicia. 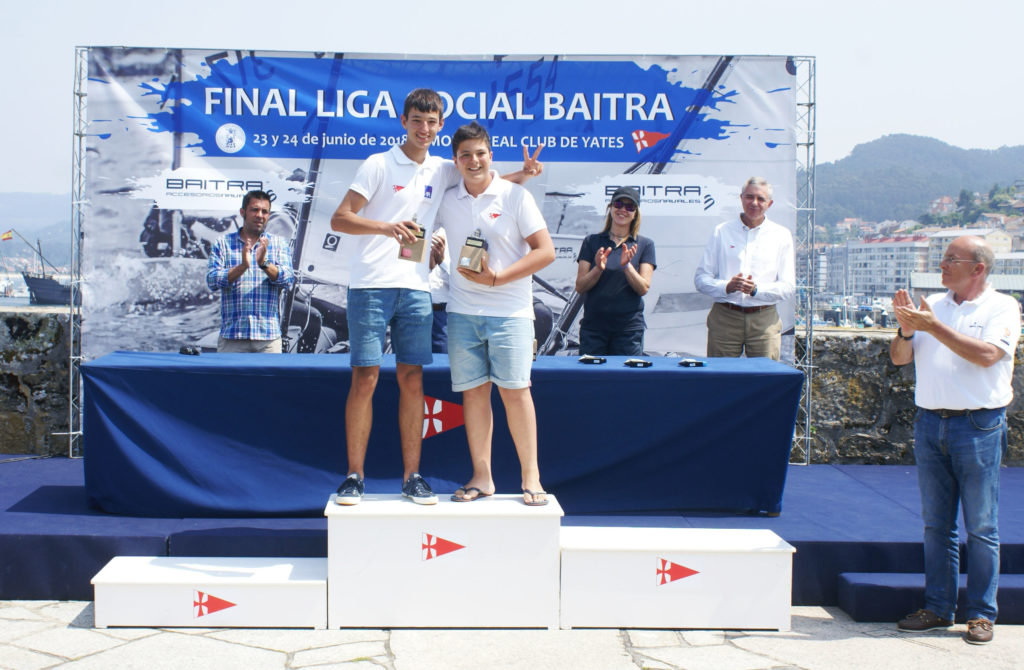 At the Baitra Social League awards ceremony, diplomas were awarded to all the initiation students of the Monte Real Yacht Club Sailing School, an award to Aitana Pérez as the best sailor of the season; and a special distinction to his coach Diego Montouto.

From the Maritime Club of Canido, which joined the Monte Real competition with a group of students, Jorge Troncoso and Nico Barreiro received the award, who were tied on points after the weekend tests and took the first and second prizes of the regatta in the Optimist class. 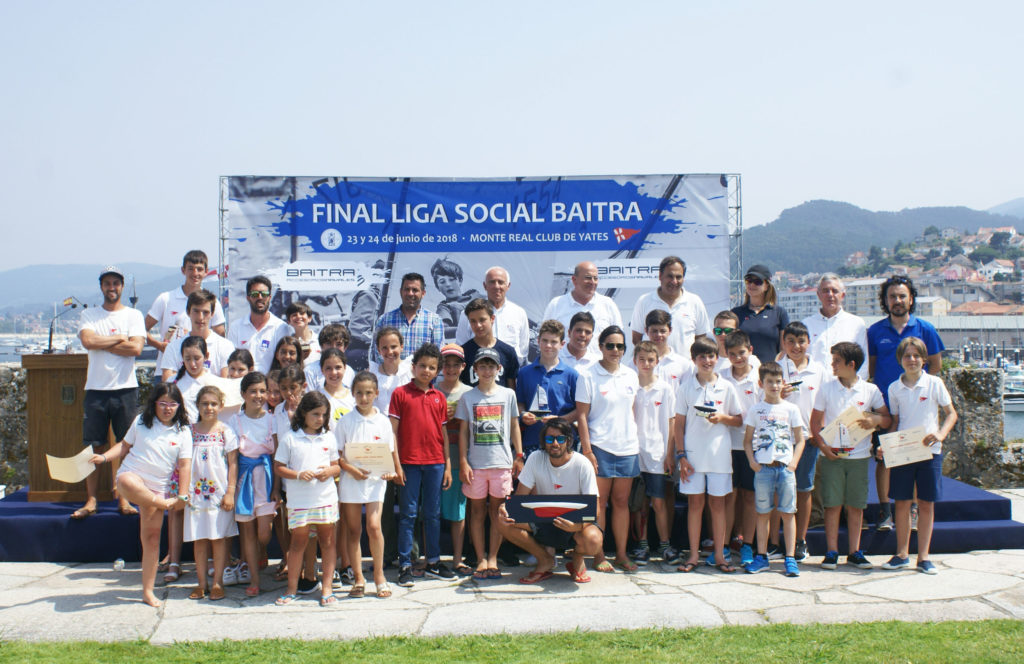 With the closure of the Liga Social Baitra and the arrival of summer, the Monte Real Club de Yates launches its summer program, in which it hopes to receive some 400 people in the different activities it offers. Light sailing and cruise courses, in the morning and in the afternoon for children and adults, getaways to the Cíes Islands, sunsets on a sailboat and night navigation practices are some of the proposals offered by the historic Baionese club.