Maximum emotion in the national J80 that takes place in Baiona 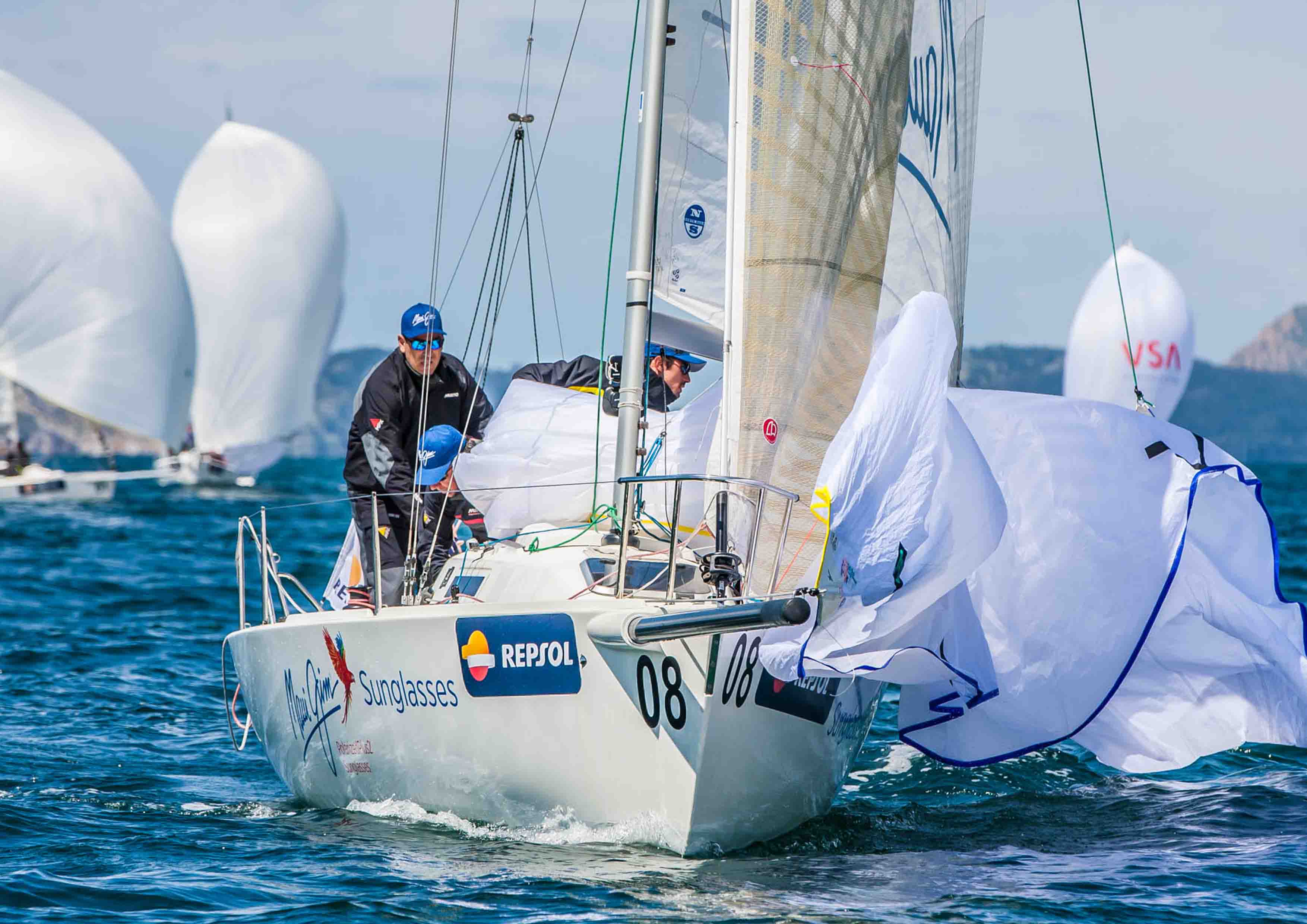 · The Cantabrian team from Maui Jim Sunglasses , led by Javier Aguado and wearing a pendant from the Real Club Marítimo de Santander, rose to first place in the championship, ousting the Basques from AD Grupo Garatu

· After a day of rest, the rest of the fleet participating in the Repsol Trophy will return to the water tomorrow, Tuesday, to participate in the final test and the awards ceremony that will be held in the afternoon at the Monte Real Club de Yates

Maximum emotion in the Spanish Championship of the J80 Class that is being held these days in Baiona and that lived its third and penultimate day this Monday marked by a great rivalry in the water, with the crews giving their best to win the great state award.

After the bad weather conditions recorded on the second day, with a lot of rain and rough seas, the day dawned today sunny but with very little wind at the scheduled time for the start of the day, which caused several postponements before being able to give the starts to the three tests that were finally held.

Among the fleet, a lot of irregularity and very different positions in the contested races. There was no clear protagonist, and there were many upsets in the provisional classification, which left the podium wide open for the final day that will take place tomorrow, Tuesday.

The Cantabrians of Maui Jim Sunglasses , led by Javier Aguado, and wearing a Real Club Marítimo de Santander pendant, rose to first place in the championship, unseating the Basques from AD Grupo Garatu , which fell to fifth place. “We like to see ourselves in the lead and we will try to play our cards well for the final, but there are still tests and everything is very close” assured Aguado after seeing himself as the winner.

The leader of Maui Jim found the wind roles registered today in the Bay of Baiona complicated, something that Galician Javier de la Gándara also suffered with his Okofen. After first crossing the finish line in the first test, he suffered two bad rolls that prevented him from achieving the results he expected. “It is a very strong fleet, very competitive, says Gándara., and when the wind drops, it compacts and navigation becomes complicated”.

The Galician team is third behind the Mercury of the Olympian Jaime Piris; and tied on points with the fourth classified, which is La Gallofa de Jesus Amaliach, both from the Real Club Marítimo de Santander.

Thus, the Cantabrian fleet is, for the moment, the strongest in the national J80 that takes place in Baiona, with three boats cast in the Top Five, two of them with provisional gold and silver.

The competition ends tomorrow, Tuesday, with the last tests of the championship, on a day in which the rest of the boats participating in the Repsol Trophy will go out on the water again, both in the ORC classes (cruiser-race, cruiser and two) and the Figaro class.

The final point will be the awards ceremony for the winners that will be held at four in the afternoon at the facilities of the Monte Real Club de Yates, which acts as host and organizer.

The rest of the fleet rested on this third day, so their classifications remain identical pending what happens tomorrow, Tuesday, on the last day: