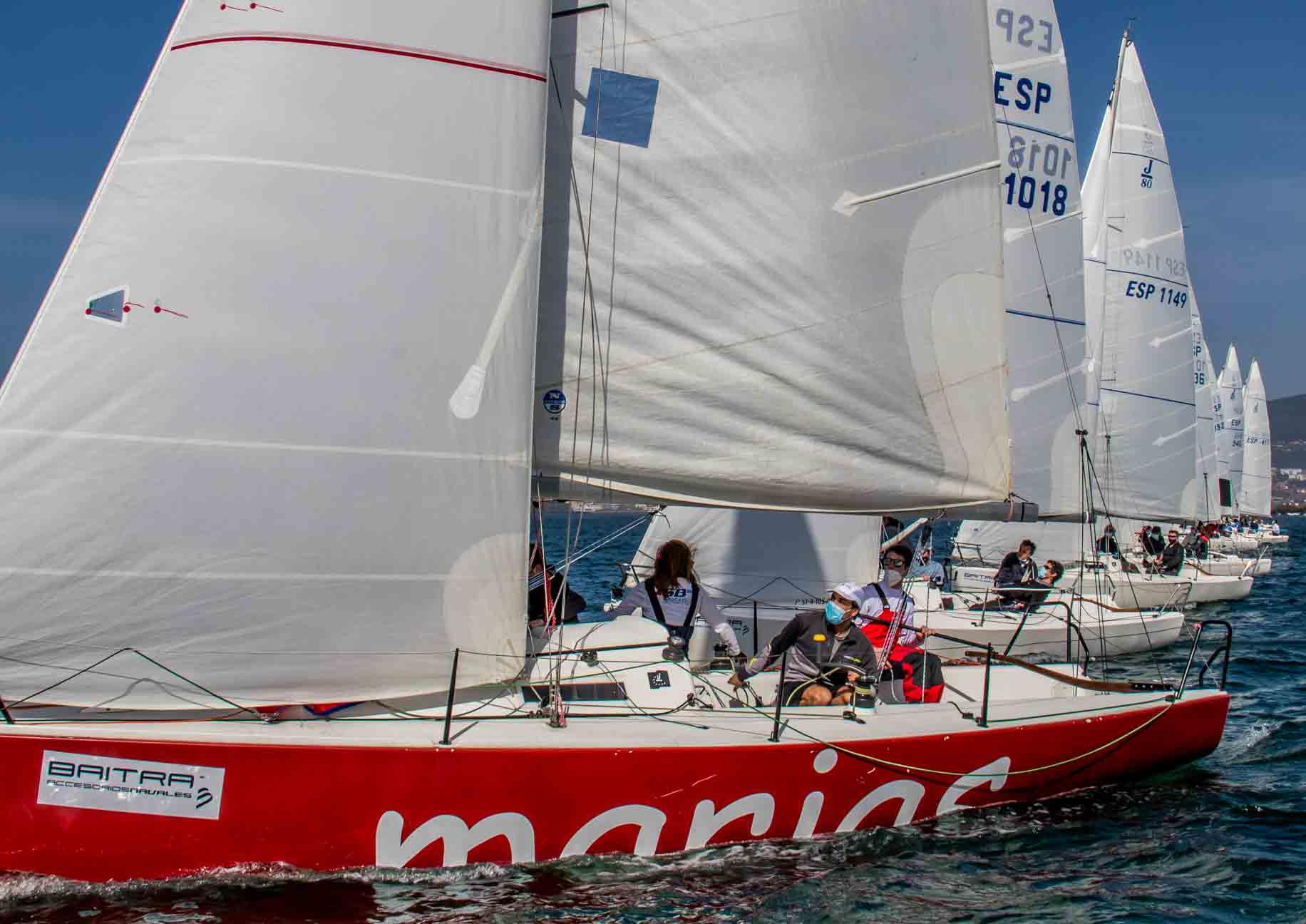 The Marías, led by Manuel Marías, was the winner this Saturday in Baiona of the first stage of the Baitra J80 Winter League, the one-design winter competition organized by the Monte Real Club de Yates that will take place over five days until next month of May.

The Portuguese sailboat, with Tiago Morais, Marta Ramada, Vasco Tinoco and Antonio Marías completing the crew, managed to win the only test that could be disputed due to the wind, which blew with very little intensity, always below 5 knots, and it prevented to celebrate the three anticipated sleeves in the program.

The Marías started as one of the favorites in the pools and did not disappoint. The team of young Portuguese sailors proved to be very involved in the maneuvers and managed to outperform the rest of the fleet in the double course between buoys designed by the regatta committee for this inaugural stage.

Juan Luis Tuero’s Luna Nueva tried to beat the Portuguese but finally had to settle for second place and Fernando Yáñez’s Cansino came third in the provisional standings.

Javier de la Gándara’s Okofen, another of the J80 with clear aspirations to the title, did not have much luck on this first day and dropped to fourth position; followed by Santiago Estevez’s Spaco, who is fifth, and Rafael Blanco’s Due, from Portosín, who is sixth.

The second day of the Baitra J80 Winter League will be held on March 20.