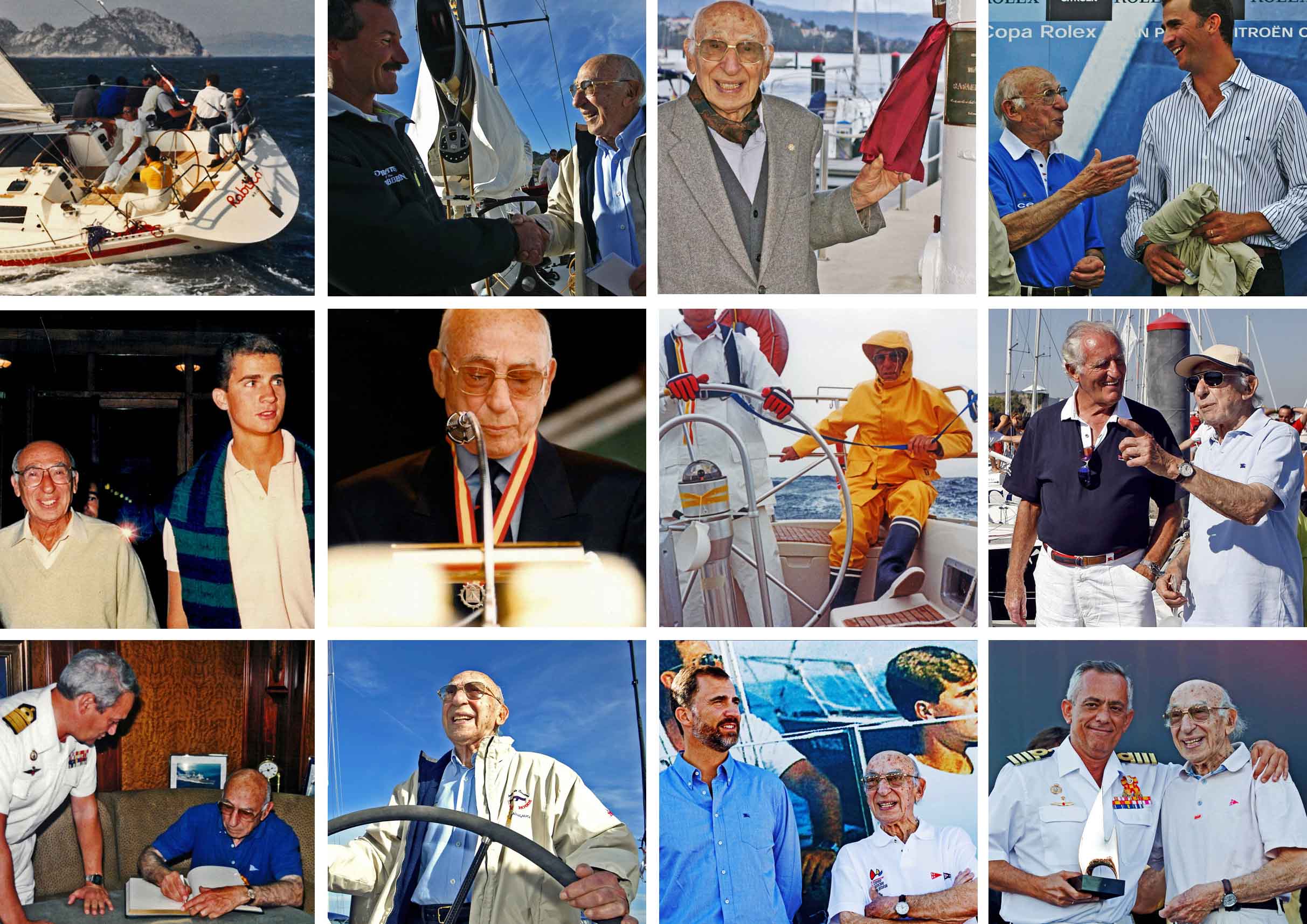 Day of mourning and deep sorrow at the Monte Real Club de Yates de Bayona for the death, at the age of 99, of Don Rafael Olmedo Limeses, president of the club for the last 40 years.

Defined by many as an extremely polite, humble, affectionate and attentive person, the farewell to Don Rafael marks the disappearance of an exemplary leader, under whose presidency, Monte Real became one of the most prestigious international nautical organizations, an indisputable benchmark in the world of sailing.

Under the helm of Olmedo Limeses, the Baiona club organized major cruise competitions, such as the Bermuda-Bayona Discovery Regatta , several Lymington-Baiona , several Spanish championships and a large number of Match Races . In addition, it became the first Spanish club to present, in 1989, a challenge in the oldest competition in the world, the Copa América de Vela , to which Monte Real would present itself on two more occasions.

Throughout his prolific life, Don Rafael Olmedo was recognized with the Naval Merit Cross , the Gold Medal of the Spanish Sailing Federation , the Bronze Medal of Sports Merit , and the Sports Merit Award . He was also named the favorite son of the town of Baiona , for having transformed the town into an international benchmark for sailing and nautical tourism.

In 2013, when Olmedo celebrated 40 years at the helm of Monte Real, the board of directors decided to name the club’s signal mast after him, in recognition of his enormous dedication and effort. Today, their flags fly at half-staff as a sign of mourning.