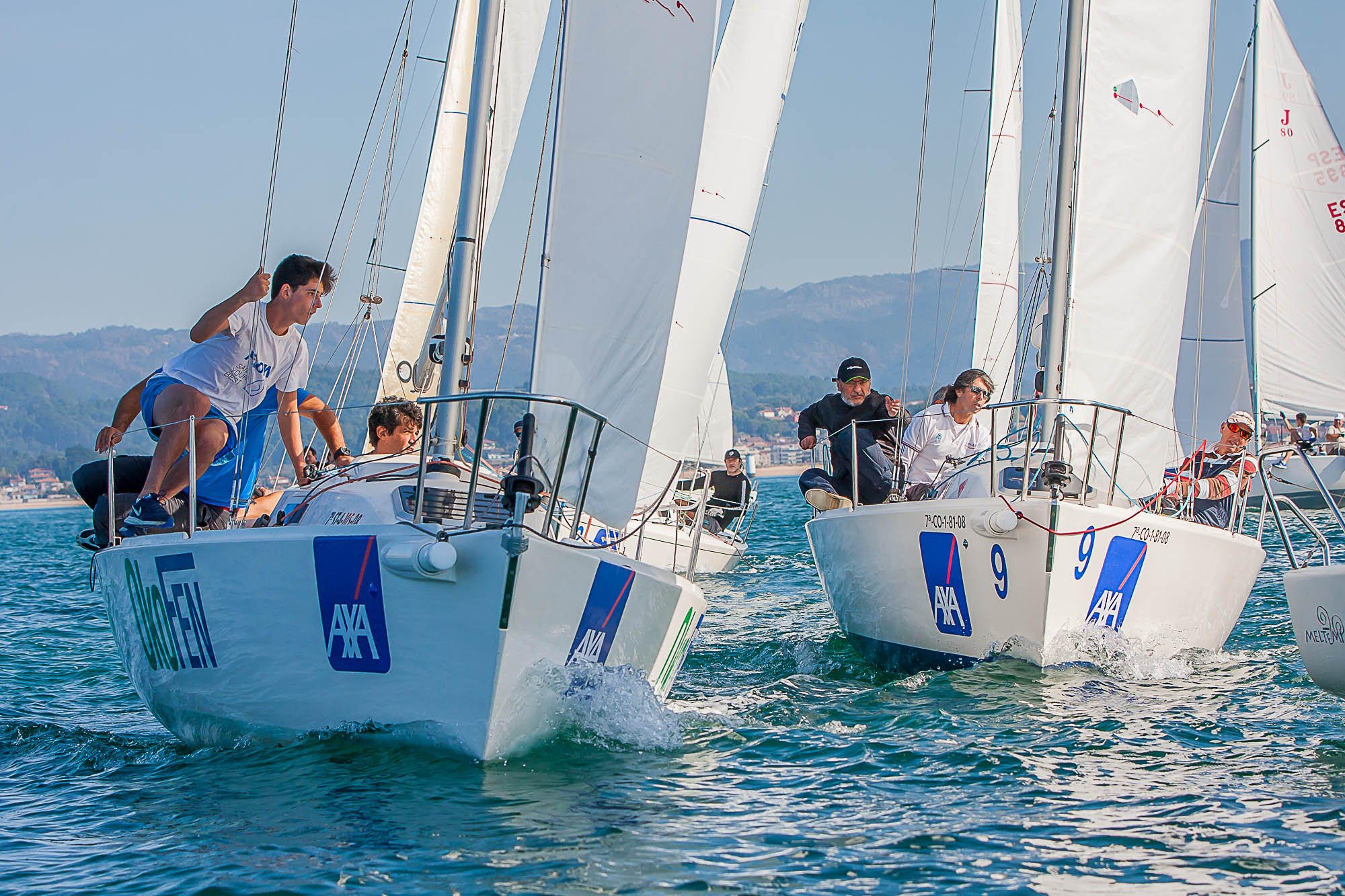 · On a day complicated by the instability of the wind, the one-design fleet was able to compete in two regattas in the waters of the Bay of Baiona

Baiona, October 28, 2017.- After the appointment was canceled fifteen days ago due to lack of wind, this Saturday the first day of the AXA J80 Autumn League could be held in Baiona, the competition that puts an end to the 2017 sports calendar of the Monte Real Yacht Club .

The regatta committee, with Fernando Giraldo at the helm, designed a test field for the fleet inside the bay to start the three tasks planned in the program, although only two could finally be completed due to the wind.

The fleet of thirteen one-designs that competed for the league had to face a very shifty and unstable wind, which complicated navigation and left them stalled on several occasions. Okofen, skippered by Javier de la Gándara, was the one that knew how to get the best out of the situation, crossing the finish line first on both occasions.

It completed the first rounds, designed with a windward-leeward structure, with a north-northwesterly wind that moved between 7 and 10 knots, sometimes falling to 4 and causing several calms. The third test began with a good beat, but when the sailboats went down astern, the wind calmed down, finally disappeared and the committee decided to cancel.

Behind Okofen, in the lead with 2 points, Cansino de Fernándo Yáñez and Ferralemes de Enrique Porto occupy second and third place on the provisional podium, with 4 and 7 points respectively. It is followed by Namasté by Luis de Mira, Meltemi by Guillermo Blanco and Luna Nueva by Juan Luis Tuero.

The Monto by Bernardo Macedo, the Marías-Casas do Telhado by Manuel María Cunha, the Pazo de Cea by María Campos, La Galera by Diego Carral, the Cormorán II by Yago González, the SND Cormorán by Francisco Martínez and the Miudo by Storax by Alfonso Leite close the classification.

The AXA J80 Autumn League returns on Sunday, November 12 with the third day of tests, also planned in the Bay of Baiona starting at noon.