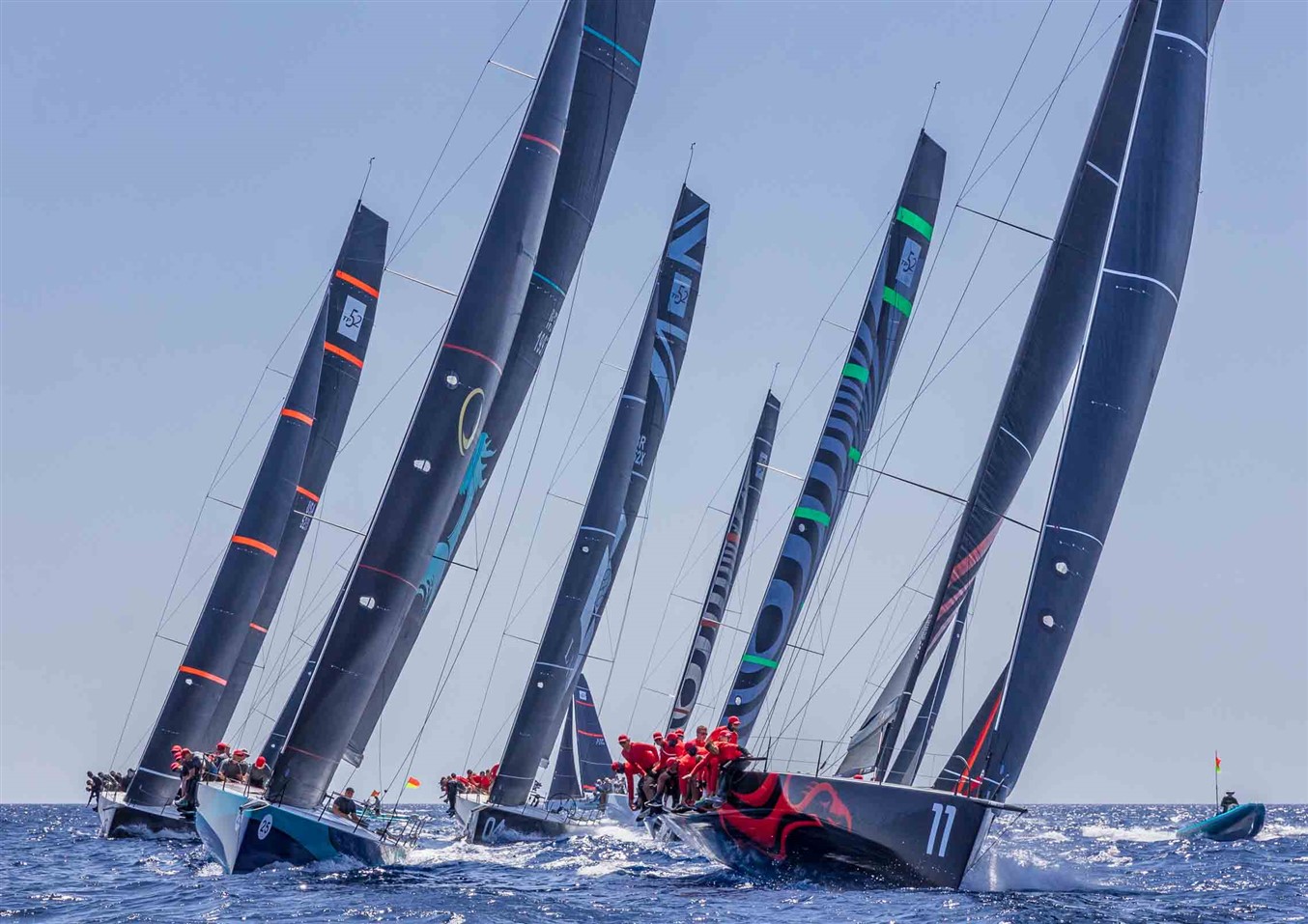 · After suffering the cancellation of the event in 2021 due to COVID19, the Monte Real Club de Yates already has a date to host the most important one-design circuit in the world in 2022

· From May 23 to 28, coinciding with the celebration of the Xacobeo Year, Galicia will be in charge of opening the 52 SUPER SERIES season with the “Baiona Sailing Week”

Galicia will be in charge of opening the 52 SUPER SERIES circuit season in 2022 with the “Baiona Sailing Week”. After suffering the cancellation of the event in 2021 due to COVID19, the Monte Real Club de Yates already has a date to host, next year, the most important one-design circuit in the world.From May 23 to 28, coinciding with the celebration of the Xacobeo Year, the so-called “Formula 1 of the sea” , in which between 10 and 12 teams of more than 8 nationalities compete with sailors from the 5 continents aboard boats with cutting-edge technology.

In the first two days, the crews will compete in training regattas in the area set aside for the competition, a place very close to the Atlantic Islands National Park, just in front of the Cíes Islands. In the program for the third day there is a training session in a regatta that is already official, although not scoring; and the last dates are reserved for the competition itself, with the regattas that will define the final classification from which the winners will emerge.

With high performance and great international prestige, the 52 SUPER SERIES are one of the three most important nautical events in the world, along with the America’s Cup and the World Sailing Tour. In 2022 they will launch tests in 5 ports on the planet: Baiona, Cascais, Puerto Portals, Scarlino and Barcelona.

Only the organization of the event moves about 500 people, up to 12 megayachts and support boats. A logistics that, along with flight reservations, accommodation and restaurants; service companies and teams; they represent an expense that reaches more than 3 million euros, of which about two million stay in local companies and services in the place where they compete.

From the Monte Real Club de Yates they speak of a historic milestone for the club, Baiona, the Rías Baixas and Galicia in general, not only for entering the international circuit of high competition, but also for the world projection that it will mean for the community, both sports and tourism.

“It is about -says the president of the MRCYB, José Luis Álvarez- of one of the most important events in the world and we are very proud to have managed to bring it to Galicia. For several days we will be the focus of international attention and that will have a very positive impact on the club and on everything around us. People from all over the world will see the spectacular nature of Baiona and Rías Baixas, they will discover everything that Galicia can offer them in terms of tourism, gastronomy, culture and sports”.

And it is that the extensive media coverage of the 52 SUPER SERIES, both nationally and internationally, reaches figures that, according to data from the organization, are around one billion impacts in different media, with more than one million views in the live broadcasts of the competition and close to 10 million impressions on social networks.

For the president of the historic club in Baiona, the “Baiona Sailing Week” will also allow “tourism to be adjusted seasonally, give a boost to the economy, and create a hobby and youth pool in the world of sailing” . It is, in short, Álvarez concludes, “an event that will go down in the history of Galicia and in one as special as the Xacobeo Holy Year” .

In addition to hosting the different sporting events, the Monte Real Club de Yates will organize multiple social events, such as meetings with the sailors, visits to the participating boats, conferences and talks about the competition or parties with the crews.