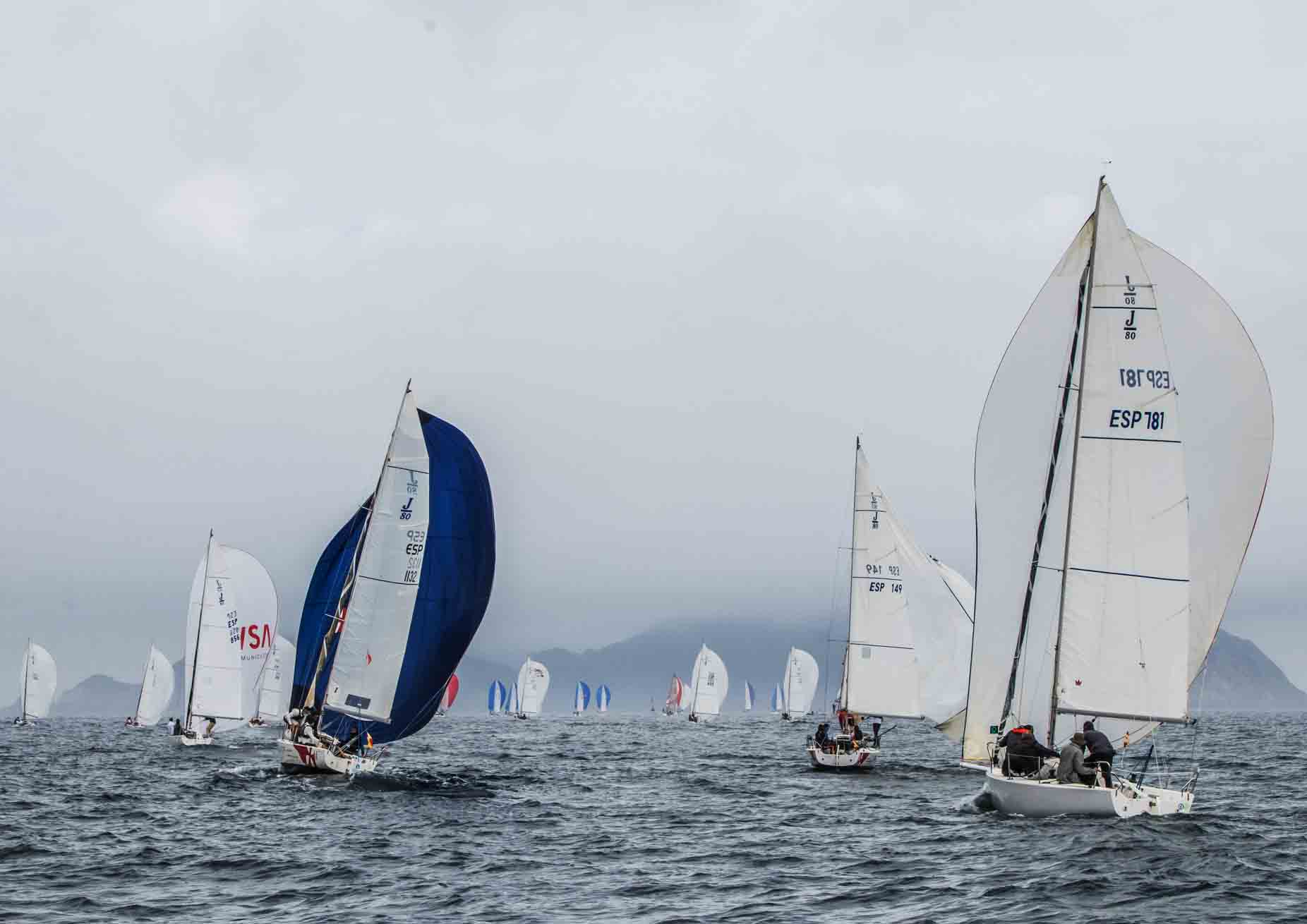 · This Sunday the final day of the Count of Gondomar will be held, two windward-leeward tests and all the options open for the title contenders

The Conde de Gondomar Trophy – Zelnova Zeltia Banco Sabadell Grand Prix will come to an end this Sunday with everything to be decided in the water. The competition organized by the Monte Real Club de Yates, in which about 40 boats compete, celebrated its second day this Saturday with a coastal race of about 30 miles in which Alfonso Crespo’s Vertigo Sailing ended up winning the ORC class. .

At twelve o’clock in the morning, with a wind of about eight knots from the southwest, the Race Committee gave the start in front of the surroundings of Monte Real for the first group formed by the ORC fleet and the Figaros, while the J80 monotypes they heard the honk ten minutes later. Ahead, a route that would take the fleet to Camouco, in the Ons archipelago, previously passing through the Carallones, La Negra and Cíes beacons to set course back towards the finish line, located in front of Rodas beach. .

It was a long and intense coastal regatta that was initially dominated by two Dufour 34s, Juan José Martínez’s La Burla Negra (CN Castrelo de Miño) and Vicente Cid’s Deep Blue 2.1 (RCN Vigo), but in which little by little and with a wind that was shifting more to the south, with several calms in between and a long haul back towards Cíes, it was finally Alfonso Crespo’s Vertigo Sailing (Vertigo Sailing Club) that achieved victory both in real time and in compensated in the ORC division. Behind those of Crespo, the second classified was the Nahela of Víctor Álvarez (CN Alagua) and third finally the Deep Blue 2.1.

In the Open, Fernando Rey’s Albarellos (MRCYB) won with time compensation to become the leader in its category. They were followed in second and third position by Elena Raga’s Ladeira, from Monte Real; and the Silfo by José Garcí from the Bahía de Gijón, respectively.

As for the J80 fleet, in which a total of fifteen teams compete, the stage was more than close with a final victory for Joao Allen’s Ifaclinic, which has the Portuguese Snipe champion on board, Miguel Leite, and who was also second in real time behind Vértigo Sailing after starring in a great stage finish, achieving a comfortable advantage over the second classified, Cansino de Nano Yáñez and Ignacio Sánchez Otaegui, who this time has Alejandra Suárez from Vigo at the grey hair. Third place went to the Luna Nueva of Juan Luis Tuero.

And finally, among the Fígaros, who also scored in the Open, the first classified was Ladeira ahead of Silleiro, who was second; and Nicolás Jourdain’s Serralleiras, which occupies the third provisional position.

Meanwhile, the fleet that competed in the long regatta of the Conde de Gondomar Trophy – Zelnova Zeltia Banco Sabadell Grand Prix enjoyed their rest day after a climb to Carrumeiro Chico that did not end until well into the morning and in which they finally won the April Oils of the brothers Luis and Jorge Pérez Canal.

The RCN Vigo representative ship used 13 hours and 16 minutes to cover the 94-mile round trip between Baiona and the Corcubión rock. It entered at 00:16:20, just 6 seconds before Alberto Moro’s Solventis (00:16:26), who had been the first to reach Carrumeiro on the climb; and 21 minutes after Julio Rodríguez’s Magical, who was the first to cross the finish line at 23:55:01, and became the winner of the stage in real time.

The victory of Aceites Abril in the emblematic long stage places the Pérez Canal team closer to winning its fifth title, although everything will depend on what happens in the two Barlosotas scheduled for the final day. With these results, everything will be decided tomorrow on the third and final day of the regatta with two windward-leeward races scheduled from noon.

Once the competition is over, the Monte Real Club de Yates will host the trophy ceremony for this forty-sixth edition of the trophy to crown the winners of each of the categories. The event will be attended by the president of the club, José Luis Álvarez; the Provincial Deputy for Sports, Gorka Gómez; the mayor of Baiona, Carlos Gómez; the Regional Director of Southern Galicia of Banco Sabadell, Adolfo García-Ciaño; and the Marketing Director of Zelnova Zeltia, Adrián Salgado.

PROVISIONAL CLASSIFICATION COUNT OF GONDOMAR TROPHY
(After the ascent to Carrumeiro)

>> IMAGES GALLERY ON THE WEB