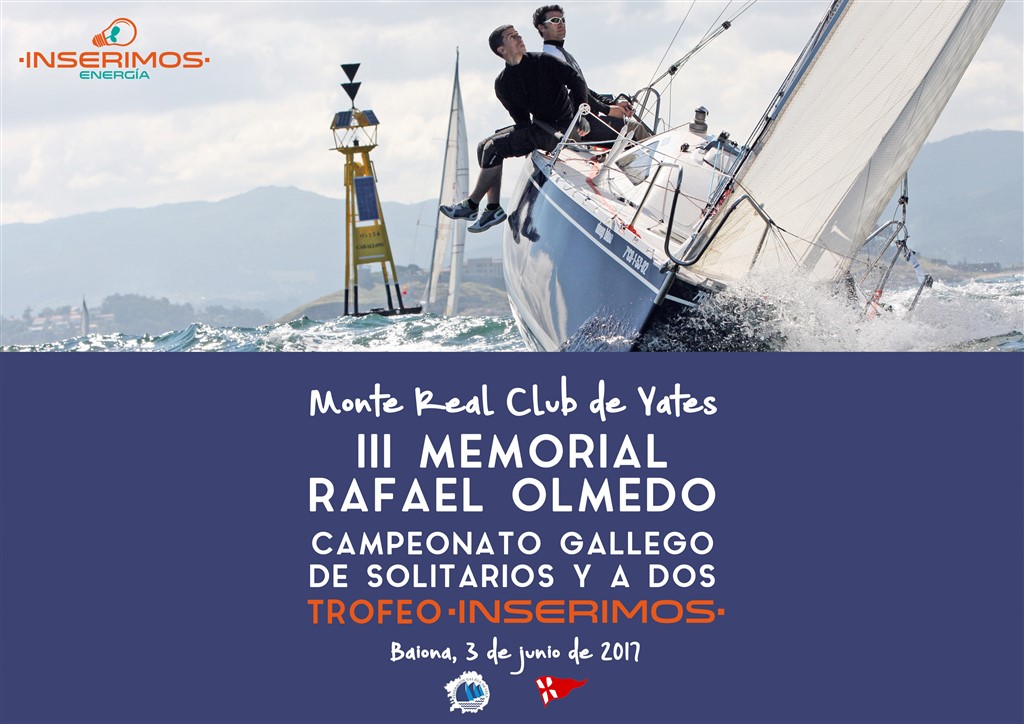 From Baiona to Ons for the Galician championship

The Galician Solitaire and Two-Handed Championship, which this year is also the III Rafael Olmedo Memorial and Inserimos Trophy, will be held on Saturday, June 3 , in the waters of the Bay of Baiona, and the Vigo, Pontevedra and Arousa estuaries. Participants must complete a coastal route sailing alone or with a single companion on board at most. In the previous edition of the championship, held in 2016, the winners were Jean Claude Sarrade, in the solo category; and Juan José and Hugo Martínez, in the category of two, and in the general.

>> LIVE FOLLOW-UP OF THE GALICIAN SOLO CHAMPIONSHIP AND TWO

Participants must complete a route of between 30 and 41 miles with obligatory steps through different points of the Rías Baixas. After crossing the starting line inside the Bay of Baiona, the boats will head towards the Carallones and La Negra beacons, in the surroundings of the Estelas Islands. They will then cross the entrance to the Vigo estuary through the interior of the Cíes Islands and go to the Camouco lighthouse, opposite the Ons island, at the mouth of the Pontevedra estuary. From there, the return to Baiona will begin, where the arrival point will be installed in front of the Tenaza tower.