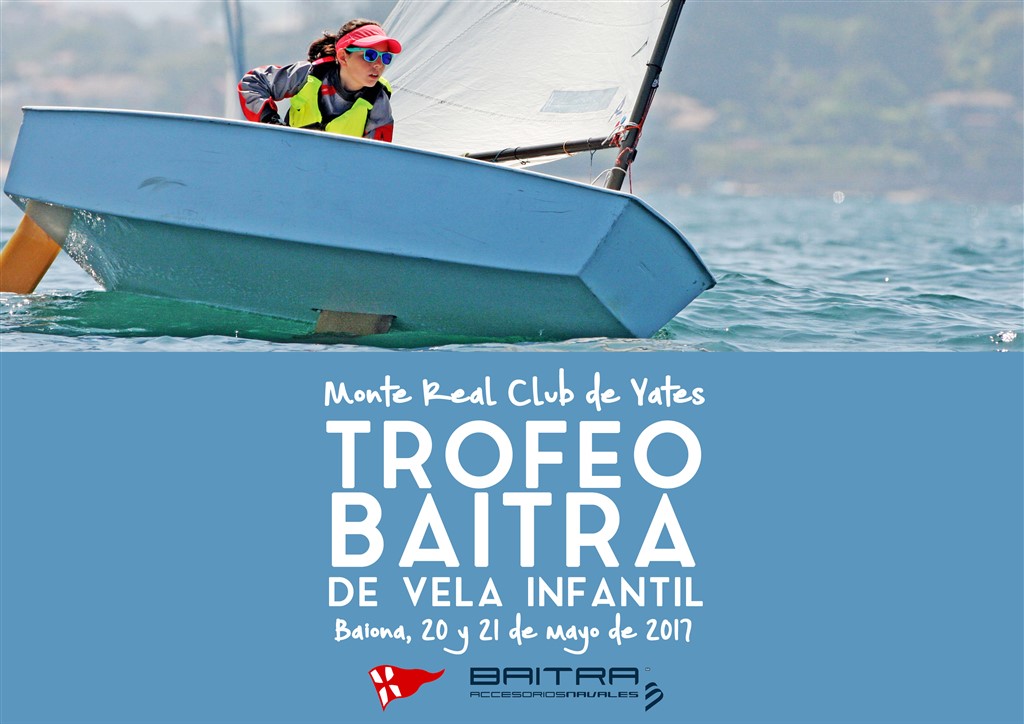 Continuing with its firm commitment to basic sailing, the Monte Real Yacht Club once again organizes the Baitra Children’s Sailing Trophy , a competition held with the sponsorship of Baitra Accesorios Navales , and whose main objective is to promote sailing child in Galicia.

The tests will be held on the weekend of May 20 and 21 in the bay of Baiona , and young sailors from the most important Galician yacht clubs are expected to participate.

In the previous edition of the trophy, held in 2016, the young sailor, barely 12 years old, Ricardo Fernández, was the winner. Mario Soares and Jorge Álvarez won in classes B and C and Antonio de Cominges in the School class.