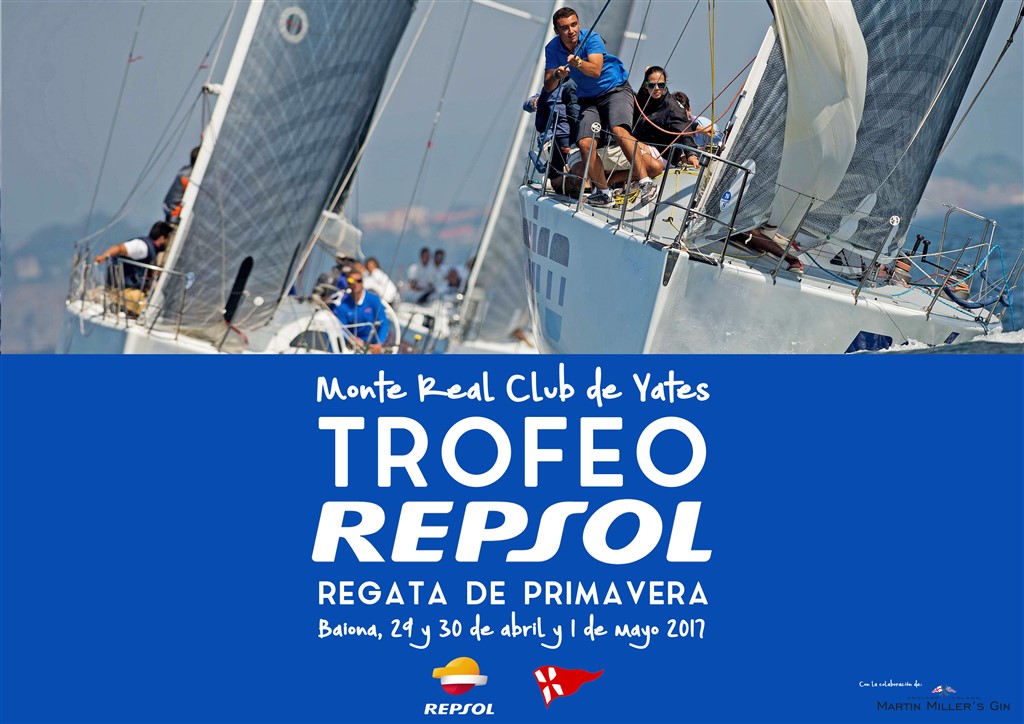 The 40 springs of the Monte Real Yacht Club

Bosch boats shine at the opening of the Repsol Trophy

The weather, protagonist of the second day of the Repsol Trophy

The traditional Spring Regatta – Repsol Trophy of the Monte Real Yacht Club is one of the longest-running sailing competitions in Galicia, and this 2017 is celebrating its anniversary. The regatta celebrates its 40th anniversary and it does so by giving special prominence to the fishing village of Baiona, in whose waters most of the races will be held, and from where all the departures and arrivals of the different races can be seen.

Regatta, cruising, regatta/cruising sailboats, J80, J70, and Fígaros one-designs are called to participate in a nautical event that will last for three days, coinciding with the bridge on May 1. The initial tests of the Repsol Trophy will be they will dispute the Saturday the 29th from one in the afternoon. The regatta committee will design the layouts for the different categories based on two schemes, of the windward-leeward baton type or coastal routes. The design of the first stage, with a starting horn at one in the afternoon and different routes for the fleet , will repeat the Sunday the 30th ; and on both days, after finishing the competition in the water, the sailors will be able to participate in gin and tonic tastings, led by Martin Miller’s , with its premium gin, and Coca Cola , with its tonic Royal Bliss . The fortieth edition of the Spring Regatta – Repsol Trophy will end on May 1 with the last tests starting at half past eleven in the morning, and the awards ceremony for the winners at four in the afternoon on the green of the Monte Real Yacht Club.

In the previous edition of the trophy, Pairo 8, from the Real Club Náutico de Vigo, skippered by Luis Bugallo, was the winner. Aceites Abril, also from the yacht company from Vigo, took victory in the ORC 1 class; and the Bosch Service Solutions, from the Club Marítimo de Canido, and the Margem do Azul, from the Monte Real Club de Yates, won ORC 2-3 and ORC 4 respectively. In the J80 competition, victory went to Miguel Lago’s Virazón and Eva María Moreno’s Serralleiras won the Figaro class.