El Virazón is the leader of the Infinitus Rent Trophy 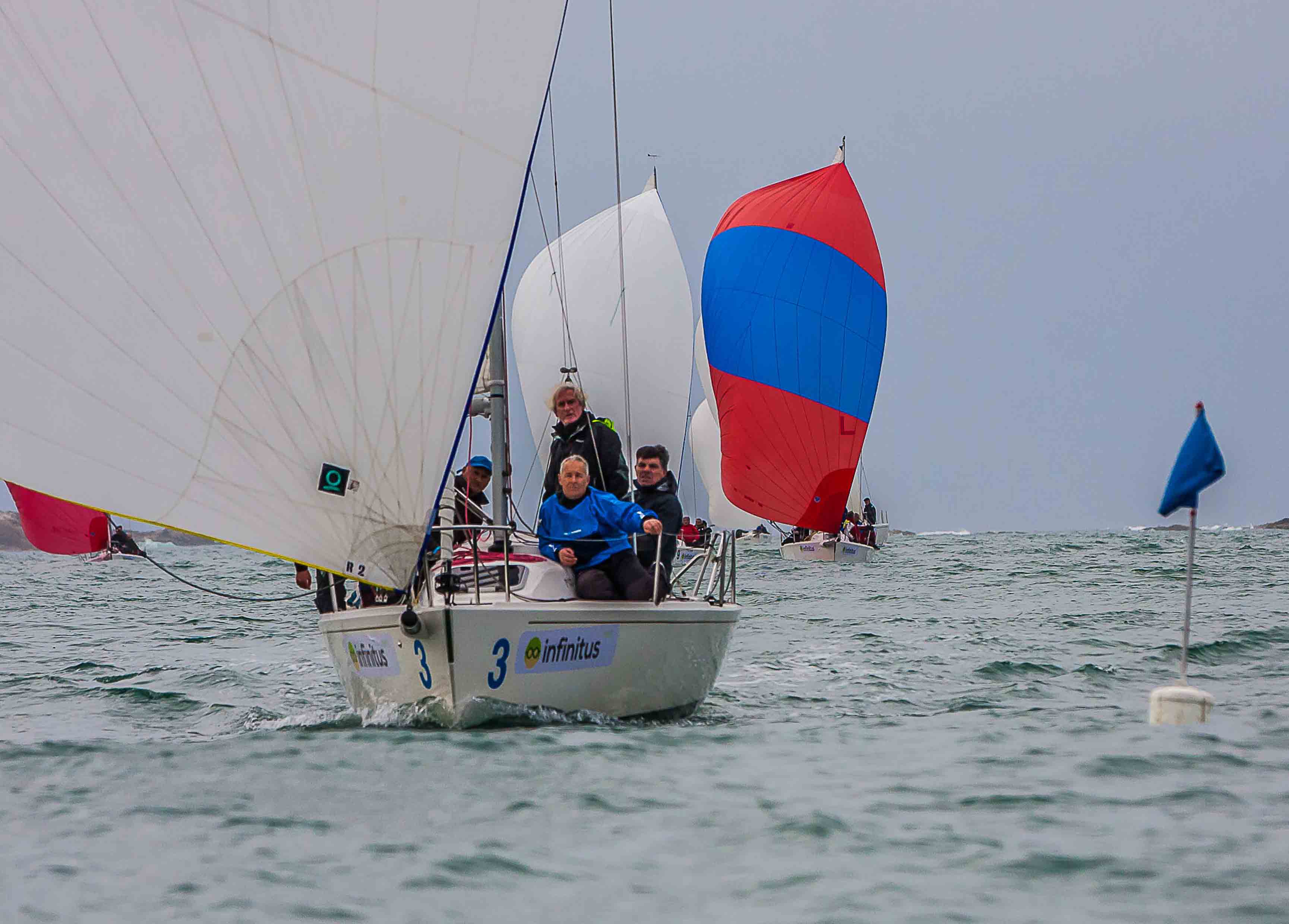 Miguel Lago, from Vigo, led the Virazón crew to the top of the Infinitus Rent Trophy classification, which experienced its second day of testing this Saturday in the bay of Baiona.

With a fourth place and a first place in the two races held this afternoon, Virazón managed to climb, with 15 points, to the position of honor, dropping Miudo and Cansino, who were leaders. The boats skippered by Francisca Barros and Fernando Yáñez are now second and third respectively, with 16 and 20 points.

In fourth position, with 21 points, we find Javier de la Gándara’s Okofen, who was, without a doubt, one of the protagonists of the day. In the two heats held with a northerly wind of about 7 knots on average, he finished first and second, but the disqualification he suffered in the first stage hampered his promotion and he was just on the verge of the provisional podium.

In the middle part of the classification, barely separated by five points, were Guillermo Blanco’s Meltemi and Rosario García’s La Galera, both from the Real Club Náutico de A Coruña; the Luna Nueva by Juan Luis Tuero, the Pazo de Cea by María Campos and the Namasté by Luis de Mira, who today had J70 sailor Ramón Ojea as a guest on board.

With the celebration of the second of the six scheduled days, the Infinitus Rent Trophy becomes increasingly exciting, both because of the equality that characterizes the competition of the J80 one-designs, identical to each other and haggling in real time, and because of the intensity that mark crews, always competing at the highest level.

The next appointment with the Winter League of the Monte Real Yacht Club is on February 10, starting at three in the afternoon, with a program of three windward-leeward regattas, of two laps each.