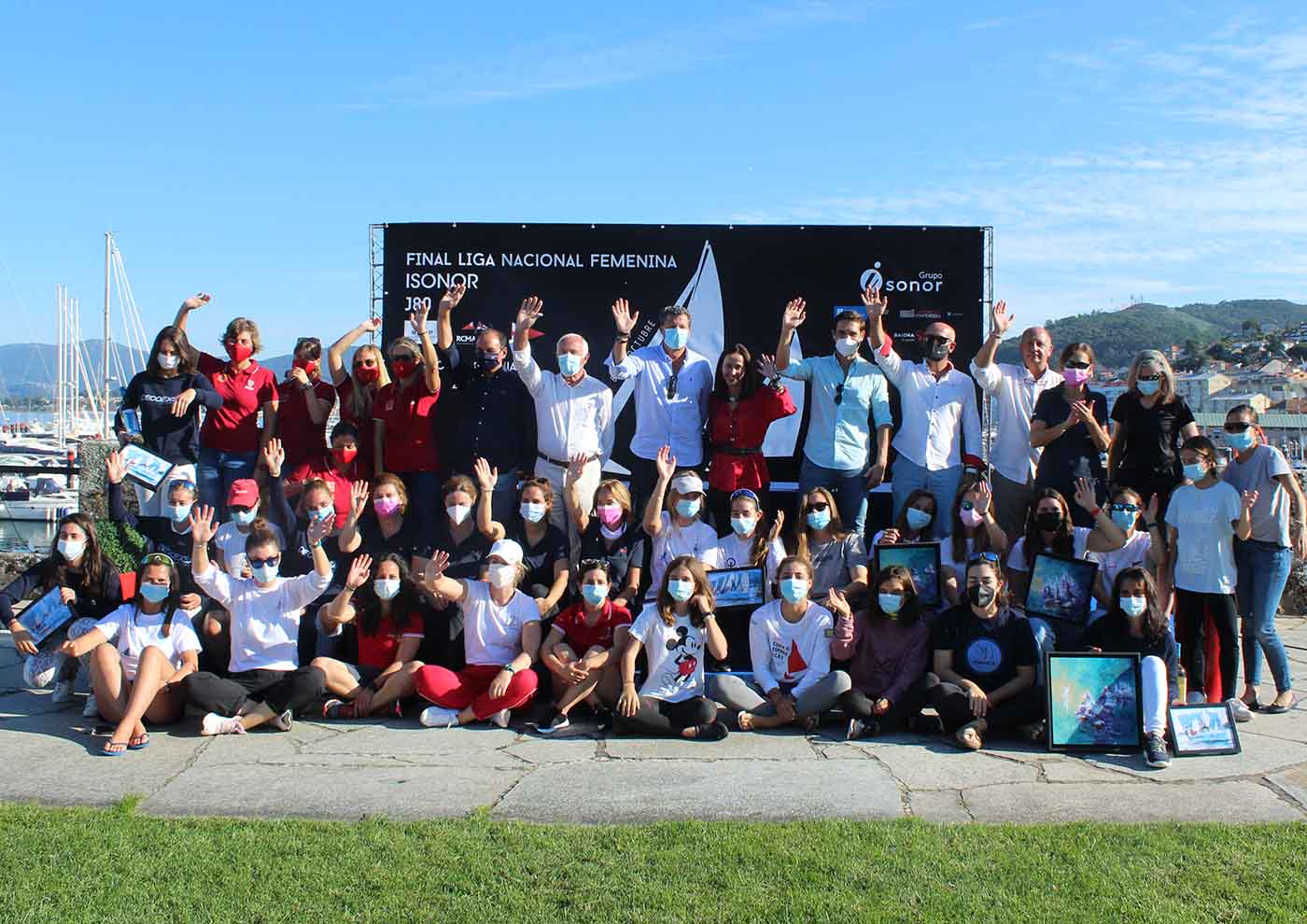 · The Marina Burriananova team, made up of Ana Pujol and Nuria Sánchez and skippered by Marta Garrido, was the winner in the national women’s sailing circuit promoted by the Royal Spanish Sailing Federation

The Dorsia Covirán of Marina Burriananova (Castellón) was finally the winner of the 2021 National Women’s Sailing League which, after passing through the Basque Country and Mallorca, held its last and definitive tests this weekend in Galicia.

The women’s national circuit promoted by the Royal Spanish Sailing Federation arrived in Baiona with the Valencian team as the favourite, after having won in the two initial phases, and none of the other crews in contention managed to snatch the final victory.

After knowing that she was the winner, the point guard Nuria Sánchez was very satisfied with having achieved the victory in a season that has been, she said, very good for her team and for women. “We are very happy with the great season we have had. The team has done a tremendous job to get to where we are, and in a very important year for women in the sport of sailing. Our commitment to equality is to continue to be clear ambassadors of values in favor of women and in a sport that is changing, although there is still a long way to go. Thanks to the RCMASC, the RCNP and the MRCYB for betting on women’s sailing and helping us get here”.

The team that came closest to snatching victory from the Dorsia girls was Decoexa from the Real Club Náutico de San Sebastián, led by Olatz Muñoz. The Basques were the winners of the last tests of the league, played this Sunday in Baiona under the organization of the Monte Real Club de Yates with the sponsorship of Grupo Isonor.

After a blank first day due to wind and fog, this Sunday the weather conditions were favorable for the regatta committee to put into play the last four races of the competition.
Although it was planned to hold only three, the good wind conditions (from the north-northeast with an average of 7 knots and peaks of 10) and the fact of not having been able to compete on Saturday, encouraged the organization to put one more race into contention, which also led to the entry into play of a discard. The navigation was, in almost all the tests, quite agile and some very tight buoy steps, which favored the show.

Once the classification of the last phase held in Baiona was resolved and the points were added to the general classification of the National League, Dorsia Covirán was the winner, leaving the silver and bronze of the women’s circuit to AGD Desamiantados de Helena Alegre (RCN Palma). and Decoexa by Olatz Muñoz (RCN San Sebastián) respectively.

The end of the competition came with the awards ceremony for the winners in a ceremony held in the gardens of the Monte Real Yacht Club, attended by the president and vice president of the club, José Luis Álvarez and Alejandro Retolaza; the CEO of Grupo Isonor, Jorge González, sponsor of the event; the mayor of Baiona, Carlos Gómez; the Deputy for Sports of the Pontevedra Provincial Council, Gorka Gómez; and the provincial head of sports of the Xunta de Galicia, Daniel Benavides.

The celebration of the last phase of the National Women’s Sailing League at the Monte Real Club de Yates is part of its “Women’s Sailing” program, through which the club seeks to promote women in the world of sailing. Throughout this year, exclusively female crews have been created, the Galician A Dos Championship has had a specific prize for women, teams have been sent to participate in the most outstanding competitions in Spain and initiatives have been launched to navigation with women victims of sexist violence, among other actions.