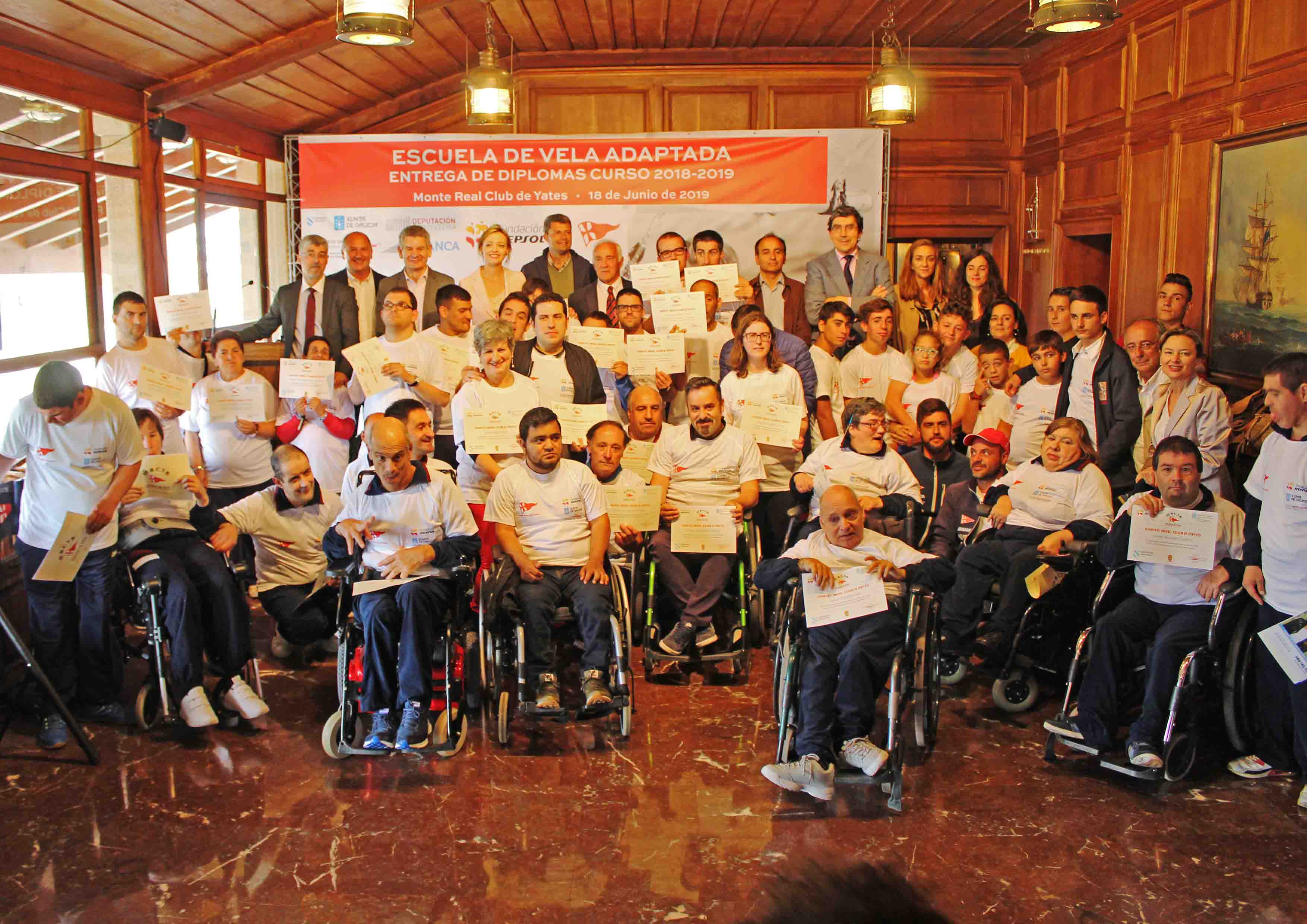 · Maintaining its line of growth, the Baiona Adapted Sailing School launched this year for the first time in its history specific activities for people affected by serious behavioral disorders

The Monte Real Club de Yates continues to consolidate itself as a benchmark for inclusive sailing in Galicia after celebrating seven years of activity in its Adapted Sailing School, through which more than 100 people with functional diversity pass each year to sail under equal conditions.

The club from Baiona closed this morning the seventh course that it has organized since, in 2012, it inaugurated a project aimed at bringing people with physical, psychosocial, cognitive and sensory disabilities closer to the sea. An initiative that has only grown and that in recent months has taken up a new challenge, that of bringing people affected by serious behavioral disorders closer to the sea.

The Panxón Special Education Center, in Nigrán, thus joined the list of associations that, over the last seven years, have passed through Baiona to offer its users the possibility of being able to enjoy the sea beyond its limitations. Groups such as the CAPD of Redondela , ASEM Galicia or the Juan María Center , which this morning were also present at the closing ceremony held at Monte Real.

The Minister of Social Policy of the Xunta de Galicia, Fabiola García, was in charge of presiding over an event in which she highlighted the work carried out by the Monte Real Yacht Club by taking advantage of the wealth of the sea -she said- to launch activities that promote the full integration of people with disabilities. Along these lines, he claimed that ” in order to make Galicia a community that is increasingly welcoming to everyone, the joint involvement of social entities, companies and public administrations is necessary” . Likewise, the councilor thanked the centers and associations participating in this adapted sailing course and congratulated its users for demonstrating that ” there are no barriers if enthusiasm and desire go ahead” . 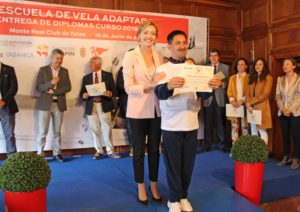 In addition to the regional head of Social Policy, other members of the Xunta de Galicia, the Diputación de Pontevedra or the Baiona city council were present at the event, habitual supporters of the Monte Real Yacht Club in its different initiatives. Also several members of Fundación Repsol, the main sponsor of the Adapted Sailing School. 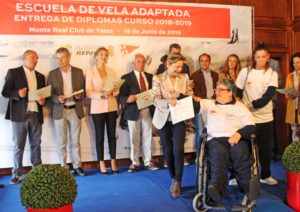 The vice president of the club, Alejandro Retolaza, thanked all of them for having supported the adapted Sailing School since its inception, which has allowed it -he said- “to grow year after year to become the benchmark it is today in Galicia ” . Retolaza extended the gratitude of Monte Real to the monitors and companions of the different associations, to the specialized coaches of the club, to the patrons and other personnel who work in the school.

Students with reduced mobility, autistic spectrum, down syndrome, neurodegenerative or neuromuscular problems are some of the beneficiaries and main recipients of the Monte Real adapted sailing courses, which, since its inauguration seven years ago, includes both theoretical and practical activities.

In addition to the usual classroom sessions and sailing trips on different types of boats, mainly Figaros Beneteau and Gos 16, other types of proposals have been added over the years such as seminars on adapted sailing, sailing on inflatable boats or modernization programs for future participation in competitions.

Numerous improvements that the Monte Real Club de Yates has been introducing in the last seven years in a sailing school that maintains the same mission and the same objective with which it was born: to offer anyone who wishes the possibility of sailing and enjoy the sea in equal conditions. 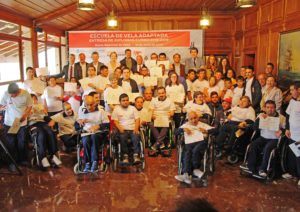