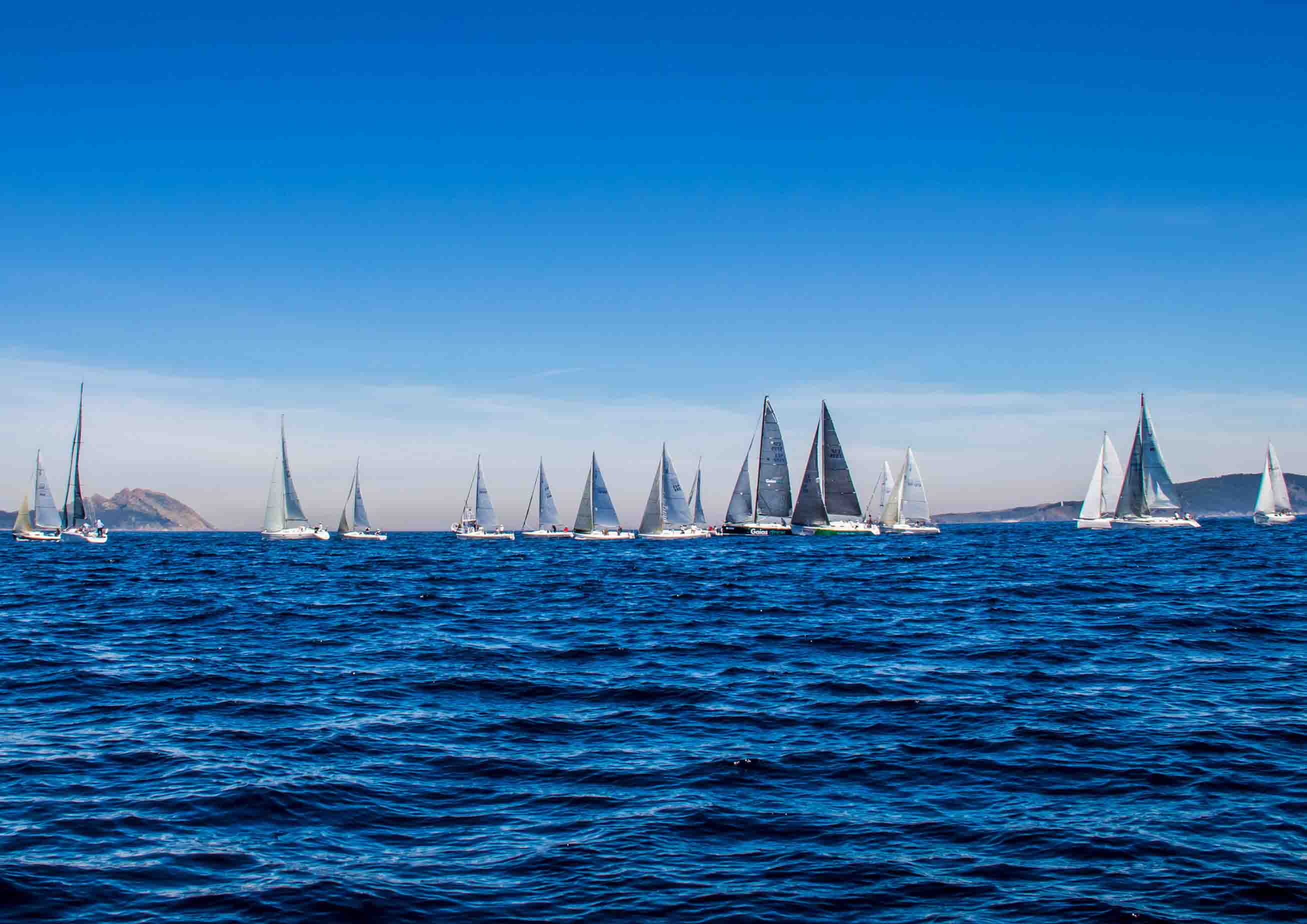 · After the wind fell a few miles from the finish, none of the boats that participated in the competition could finish it on time

The lack of wind left the Galician Two-Handed Championship – Prima Vinia Trophy, organized by the Monte Real Yacht Club and dedicated to its president for more than 40 years, Don Rafael Olmedo, deserted this Saturday.

After falling into a windless hole a few miles from the finish, none of the boats that were competing for the title was able to finish the race within the time limit, so the title of Galician champion of two was left undelivered.

This Saturday’s was, without a doubt, a complicated regatta for the sailboats, not only because of the fact of sailing with reduced crews, but above all because of the wind, which met the forecasts and complicated the test in a good part of the 22 miles of route.

In the first part of the test, heading to Ons, the Costa de la Vela became a fatal point for the boats that chose a course closer to land, where they found a difficult exit hole, which forced the Yess Too to leave.

Luckier were the sailboats that opted for a more outward course, where they were able to pick up the wind and climb up to Camouco, with Iago Carrera and Edu Reguera’s Bosch Service Solutions being the first to turn it around and return.

The return was complicated and long past the island of Onza, with a new well that grouped the fleet and made them sail for more than six miles with between one and two knots of wind, which prevented them from crossing the finish line before the fixed time limit. The one that came closest to crossing it was Bosch Service Solutions, which was less than a mile from the end when its time ran out.

The Galician Solitaire and Two-Handed Championship – Inserimos Trophy – V Rafael Olmedo Memorial ended at the Monte Real Yacht Club with a seafood dinner for the participants. The championship prizes could not be given, which will be repeated on a date yet to be decided.

After the test, the Monte Real Club de Yates has its sights set on two of its star regattas of the 2019 season, the Conde de Gondomar Trophy, which will be held from July 25 to 28; and the Prince of Asturias Trophy; set for September 6, 7 and 8.