· Among the contenders for the league title are Alboroto and Namasté, champions of Spain in J80 in the general and mixed categories

The Galician J80 fleet returns to Baiona this weekend to inaugurate the Gestilar J80 Autumn League, the competition with which the Monte Real Club de Yates closes its 2022 regatta season.

More than 20 one-design sailboats will be measured between the months of October and December in five days in which there are programs for a total of 15 tests, with a maximum of three per stage, on October 29, November 12 and 26, and 3 and December 17.

They may be, depending on the weather conditions and the decisions of the regatta committee, or windward-leeward races between buoys, or coastal courses. Regardless of the competition design chosen for each day, the tests will always start at three in the afternoon and the last start of each day must be given one hour before sunset.

Among the participants we will see the current J80 Spanish champions in the general and mixed categories, Juan Carlos Ameneiro’s Alboroto and Luis de Mira’s Namasté. They will also enter the fray, among others, Cansino de Nano Yáñez, who in the previous edition of the league won the bronze medal; and the 2021 winner, the Marías from the Portuguese Cunha family, who will join the competition from December. 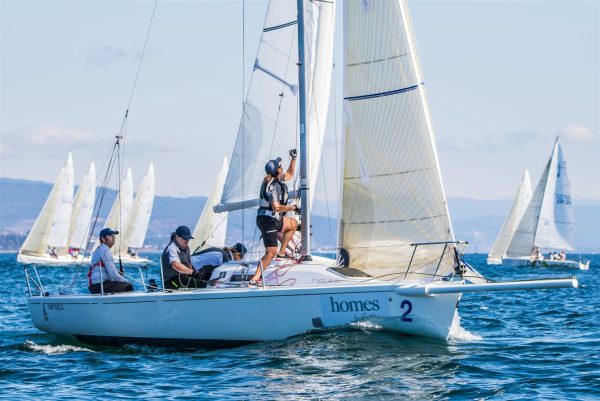 In addition to winning the Monte Real and Gestilar autumn championship, the crews attend the event with the aim of starting to define their teams and carry out the first joint training sessions ahead of the J80 World Championship to be held in Baiona in September. of 2023.

For the first day, this Saturday from three in the afternoon, the weather forecasts announce a lot of cloudiness, rain and southerly winds that will move around 7 knots on average with gusts that could exceed 15.