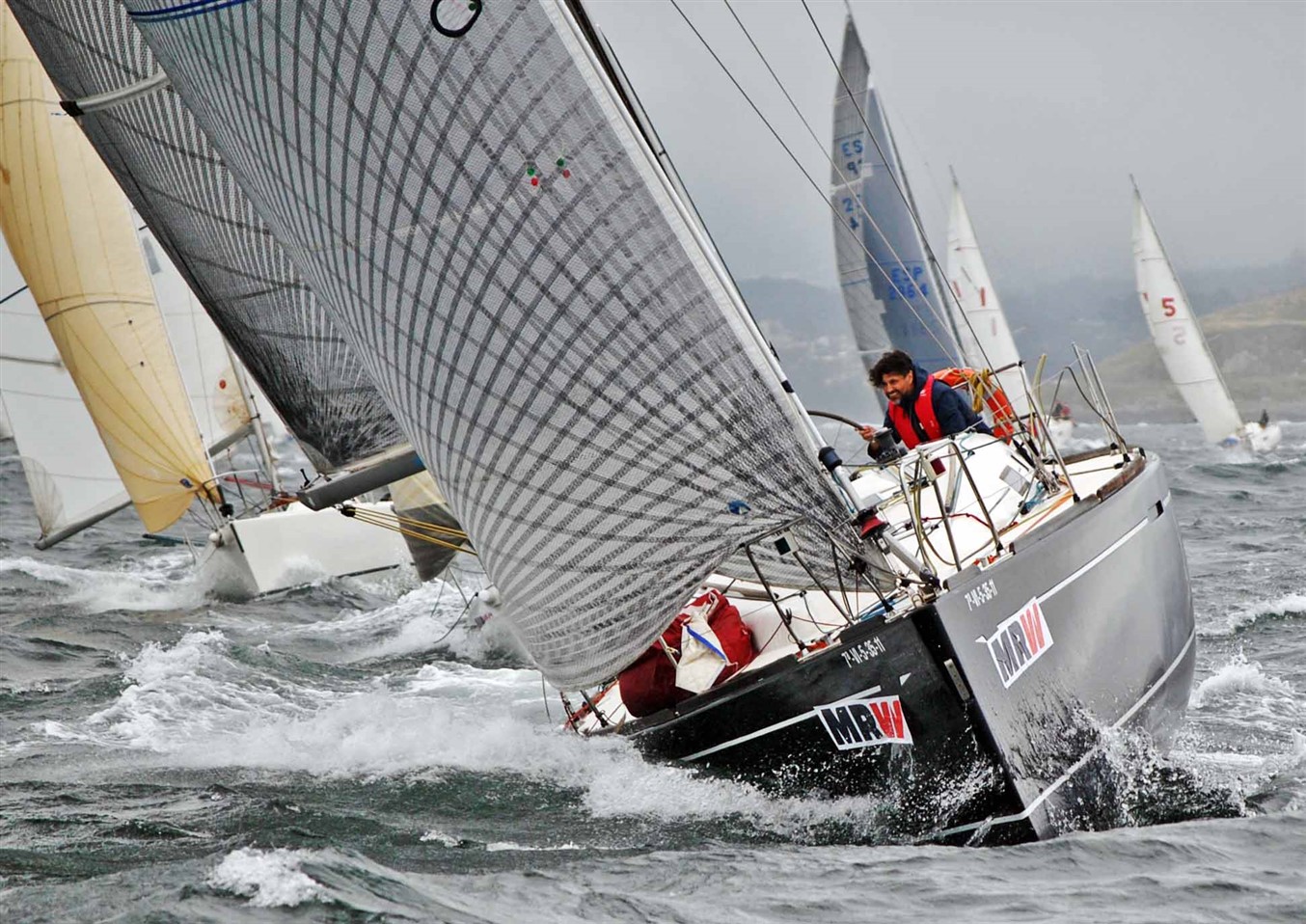 In addition to the titles of Galician Champion of Two in the ORC and J80 classes, this year, for the first time in the history of the competition, distinctions will be awarded to the best women’s and mixed teams.

· The appointment that the Monte Real Club de Yates organizes for the tenth consecutive year will be dedicated to its president for more than 40 years, Mr. Rafael Olmedo

The Rías Baixas will host next Saturday the celebration of a new edition of the Galician Two-handed Championship, a test that the Monte Real Club de Yates will be in charge of organizing by delegation of the Royal Galician Sailing Federation.

This is the tenth consecutive year that the club from Baiona has staged, within the framework of the MRW Trophy, one of the most exciting sailing events in Galicia, and also one of the most demanding, since skippers can only take on board a crew member

With the teams reduced to the maximum, the participants will have to complete a route that will take them from Baiona to the vicinity of Ons. They will have as obligatory steps the beacons of Carallones, La Negra and Cíes to the Camouco Lighthouse, where they will have to turn to return to the bay of Baiona passing through the islet of Viños, in Cíes; and again by La Negra and Carallones.

In addition to the awards of the MRW Trophy, the titles of Galician Champion of A Dos, both in the ORC class and in the J80 class, will come into play in the competition. And this year, as a novelty, a distinction will also be awarded to the Galician Champions of A Dos, which will go to the best women’s team; and another to the Mixed Galician Champion, who will receive the sailboat that, manned by a man and a woman, obtains the best results in the test.

These new titles will be awarded as long as there is a minimum number of boats registered in each category, something that will not be known until the closing of the registration period next Friday the 4th. So far, 17 double teams have already confirmed their participation in the event, including 12 contenders for the ORC title and 5 J80 monotypes.

From the organization they hope to have around thirty sailboats and establish all the divisions of the classes called for the test, which will be dedicated one more year to the president of the Monte Real Yacht Club for more than 40 years, Don Rafael Olmedo.

The winners of the last edition of the Galician A Dos Championship were Javier de la Gándara and Diego Fernández, who on board the Okofen proclaimed themselves winners with full authority. They managed to get 15 and 20 minutes ahead of the second and third classified: Ay Carmela! (Bouzas Maritime Lyceum) manned by Juan Martínez and Ignacio Correa; and the Orion by Javier Pérez and Esteban Gañete (MRCYB).