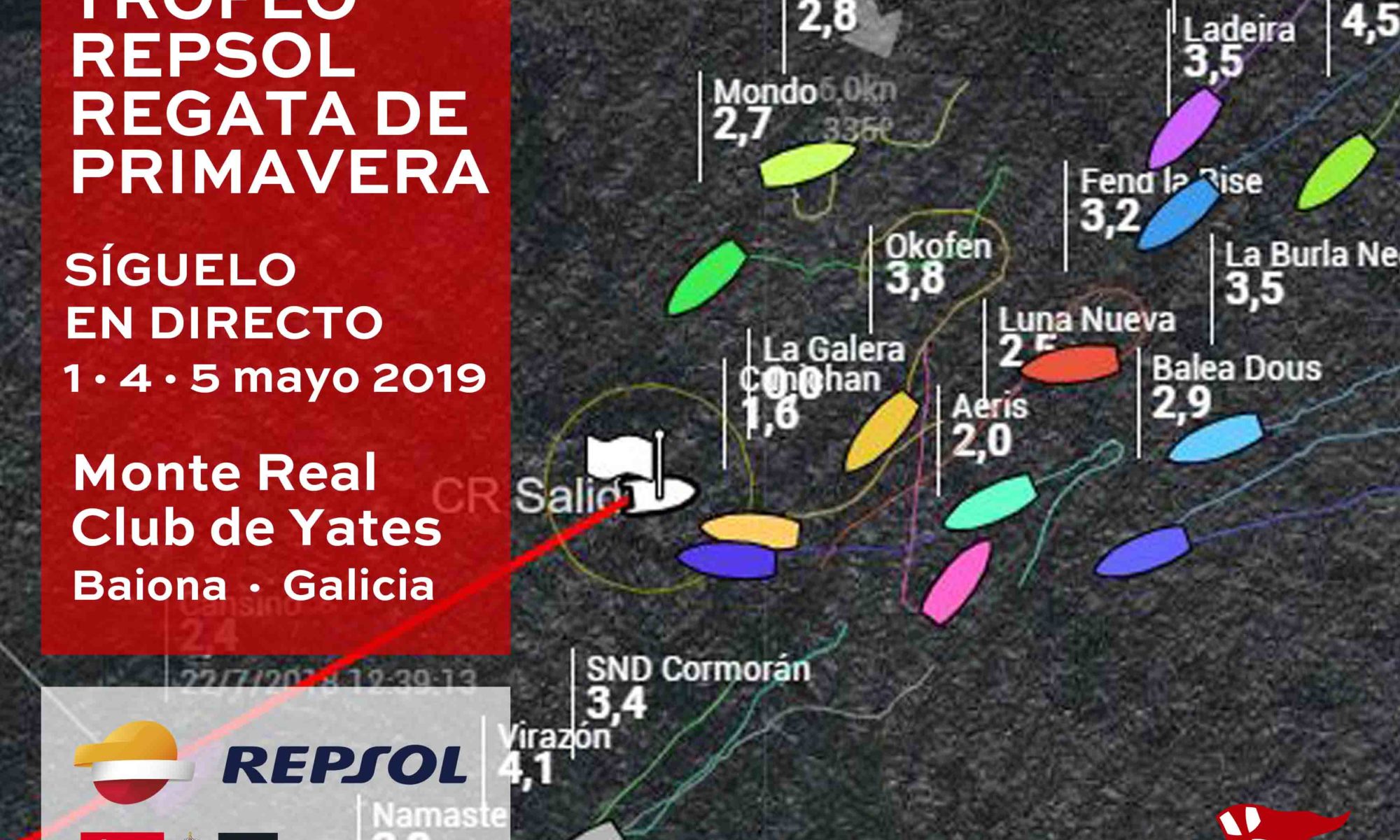 Don’t miss the latest edition of the Repsol Trophy · 42º Spring Regatta , which takes place on May 1, 4 and 5 in the bay of Baiona and the Vigo estuary.

In this 2019 edition the following tests will be held:

12:30 p.m. – Windward/Leeward all classes in the Cíes field and coastal route ending in the Baiona cove

More than twenty boats will compete this Holy Saturday in the Vigo estuary for a new edition of the Comunica Trophy, organized by the Monte Real Yacht Club.

The regatta committee, chaired by Fernando Giraldo, will start the race at two in the afternoon in front of the transatlantic dock in Vigo, from where the sailboats will begin a journey of about 15 miles that will take them to the outskirts of Baiona.

After turning at an unmarking mark, the fleet must comply with several obligatory steps, located at the La Negra, Subrido and Carallones marks, to finally reach the bay of Baiona, where the finish line will be installed.

Among the clubs that will compete in this new edition of the Comunica Trophy, are the Ro Yachts Club, represented by the Abal Lawyers-Lagar de Pintos-Fanautic de Mariano Dios; the Bouzas Maritime Lyceum, with the Salao by Juan Carlos Sigre; the Maritime Club of Canido, with the Bosch Service Solutions by Ramón Ojea; the Rías Baixas Maritime Club, with the Galopín by José Luis Mosquera; the Royal Nautical Club of Vigo, with La Burla Negra by Juan José Martínez; the Monte Real Yacht Club, with the Yess Too by Rui Ramada; or the Nautical Club of Portonovo, represented by the Albarellos , by Fernando Rey.

After opening the season with the J80 Winter League, the Comunica Trophy is the first cruise competition on the Monte Real calendar, which has seven more competitions planned for 2019, including the famous Conde de Gondomar Trophy (in July) and the Prince of Asturias Trophy (in September).