· The Q for Tourist Quality recognizes those establishments that provide quality service, professionalism and safety

Monte Real Yacht Club’s commitment to excellence in tourism has just been recognized with the Q for Quality , a distinction granted by the Institute for Tourism Quality of Spain (ICTE) that recognizes those establishments that provide a service at the highest level within the tourism sector.

Quality, professionalism and safety were three of the aspects that were taken into account when awarding the badge to the club from Baiona, which also stood out for its reliability, rigor and prestige. Specific actions such as the preparation of a manual of good environmental practices, the construction of a promenade adapted for people with disabilities or the provision of services in several languages, allowed Monte Real to obtain recognition that demonstrates that the services it offers are in line with the needs and expectations of its customers.

The mayor of Baiona, Ángel Rodal, and the president of Monte Real, José Luis Álvarez, were in charge of raising, at noon at the club’s facilities, the flag with the distinctive, created in 1997 to differentiate and promote establishments related to the tourism.

“Our vocation for improvement and our desire to offer the best possible service to members and visitors have been key – assured the president of Monte Real, José Luis Álvarez- at the time of achieving this prestigious distinction, for which we have worked -he said- very hard”. The mayor of Baiona, Ángel Rodal, highlighted the importance of the Q for Quality, not only at a national level, but also internationally, and congratulated the club for having achieved it. 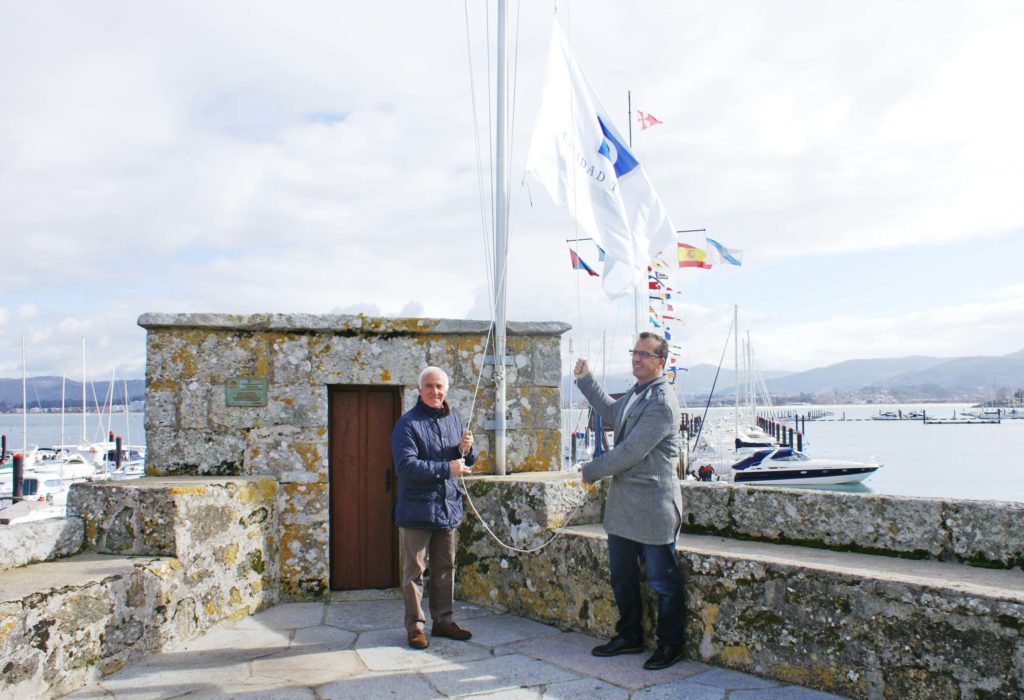 There are currently a total of 273 establishments in Galicia recognized with the Q for Tourist Quality , including hotels, travel agencies, tourist apartments, cafeterias, active tourism companies, conference centers, campsites, restaurants and other tourism-related facilities. .

The award of the Q for Quality to the Monte Real Club de Yates further improves Galicia’s figures with respect to Spain as a whole. With regard to nautical-sports facilities, of every 10 Quality Qs awarded in Spain, 6 are in Galicia, which represents 63.6 percent of the total.

In addition to the Monte Real Club de Yates, it is owned by another 6 clubs or ports in the province of Pontevedra (in San Vicente do Mar, Portonovo, Cangas, Vigo and Sanxenxo), 6 in the province of A Coruña (in Cabo de Cruz, Sada , Ribeira, Ares, A Coruña and Portosín) and 1 in Lugo (in Ribadeo).

Next to the Q for Quality, Monte Real has also obtained, in recent months, the Blue Flag and ISO 14001 environmental management certification, which certifies that the club complies with the environmental requirements imposed by the administration, in aspects such as the optimization of resources and waste and in the reduction of the environmental impact derived from its activity.