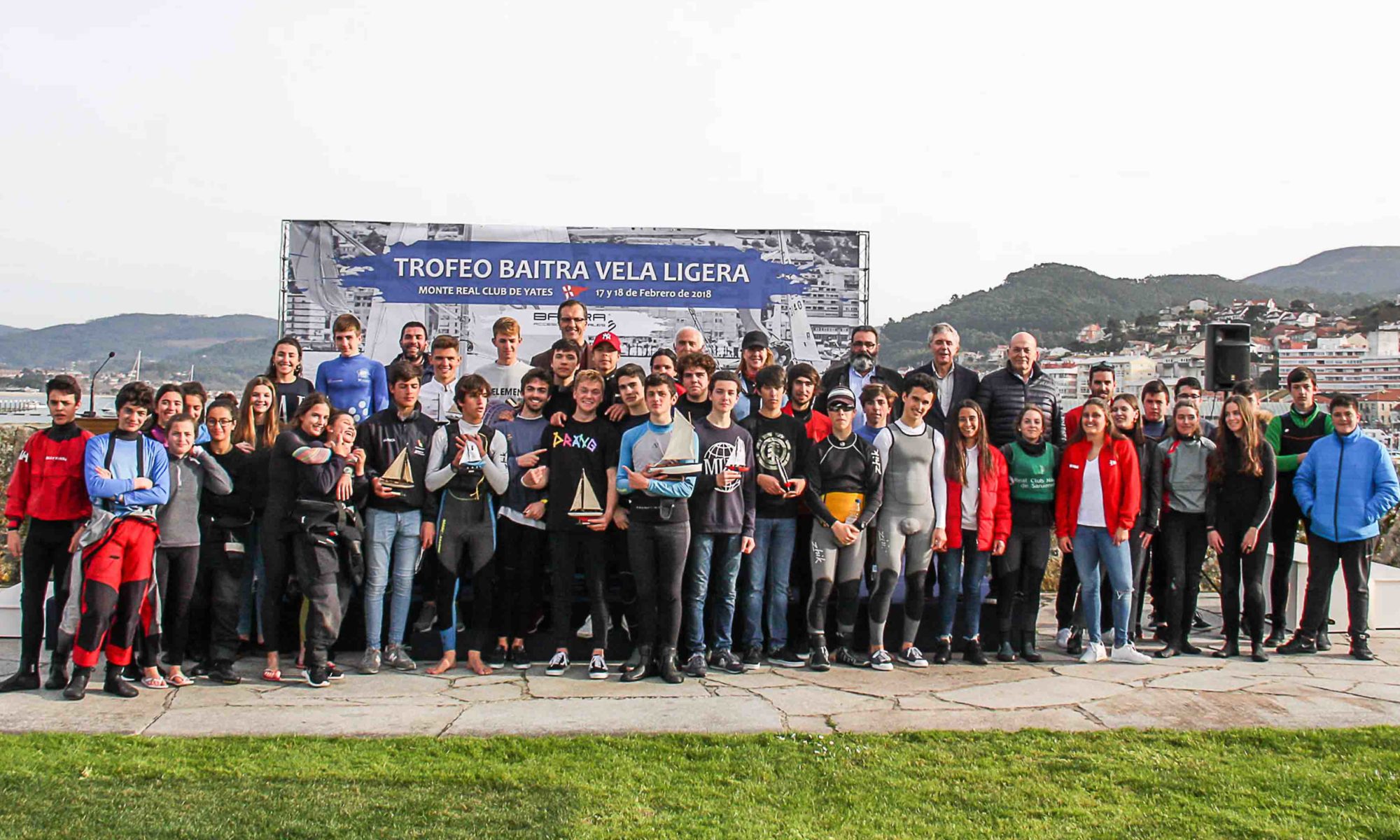 · Martín Wizner from Vigo and Pedro Ameneiro from Pontevedra, current world champions under 17 in the 420 class, add a new success to their meteoric career

· In the SUB 17 category, the winners were Jacobo García and Antoni Ripoll from the Real Club Náutico de Sanxenxo, who also came third overall.

· The winners received their prizes from the manager of Baitra, Juan Carlos González, a great promoter of grassroots sailing in Galicia

Martín Wizner from Vigo and Pedro Ameneiro from Pontevedra have just been proclaimed winners of the Baitra Dinghy Sailing Trophy, held this weekend in Baiona under the organization of the Monte Real Yacht Club and sponsored by the Baitra naval accessories company.

The current world champions under 17 in the 420 class achieved victory after signing two first places and one third in the three races held in the Saturday’s stage , results that were maintained after Sunday’s day, in which it was impossible to play any heat due to lack of wind.

With a highly refined technique and a great competitive spirit, the young sailors, from the 2001 generation, adapted to the Baiona course as the tests progressed. “The first heat was a bit difficult for us and we broke the crow’s feet but in the second, already accustomed to the roles, we picked up the pace and placed first, and in the third we were able to stay without problems” , Ameneiro assured at the end of the trophy.

Wizner and Ameneiro thus add a new success to their meteoric career, a resume that already includes, in addition to the under 17 world championship, the silver of the Athens European Open and the bronze of the 420 junior European Championships, held in Lago di Garda (Italy). Their next challenge, for which they are already preparing, is the Spanish Championship for the class, which will be held next March in Gran Canaria. “We are very excited -says Wizner- and this trophy has served as training to continue improving for the national”.

Therefore, the great trophy of the championship will go to the Real Club Náutico de Vigo, a cast replica of the Crab Battery that the winners received from Juan Carlos González, manager of Baitra and one of the great promoters of basic sailing in Galicia. 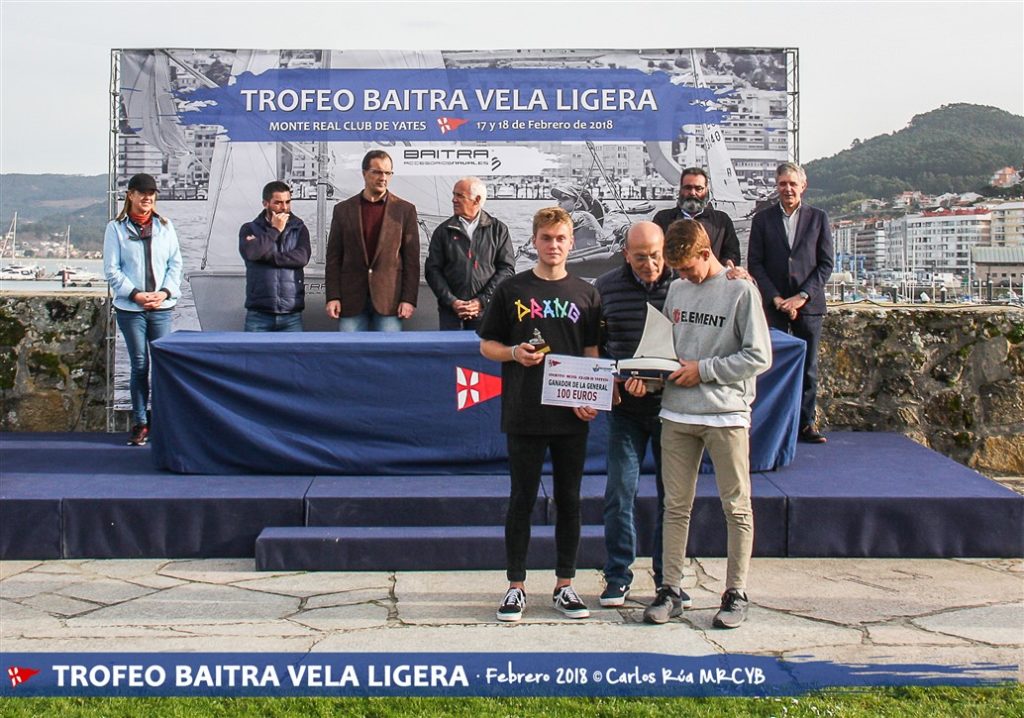 Another crew from the nautical ship from Vigo, the winner of the previous edition, formed by Jorge Enríquez and Guillermo Núñez, managed to climb to the second podium drawer; and the tandem Jacobo García-Antoni Ripoll, from the Real Club Náutico de Sanxenxo, completed the winners’ podium by hanging the bronze medal. 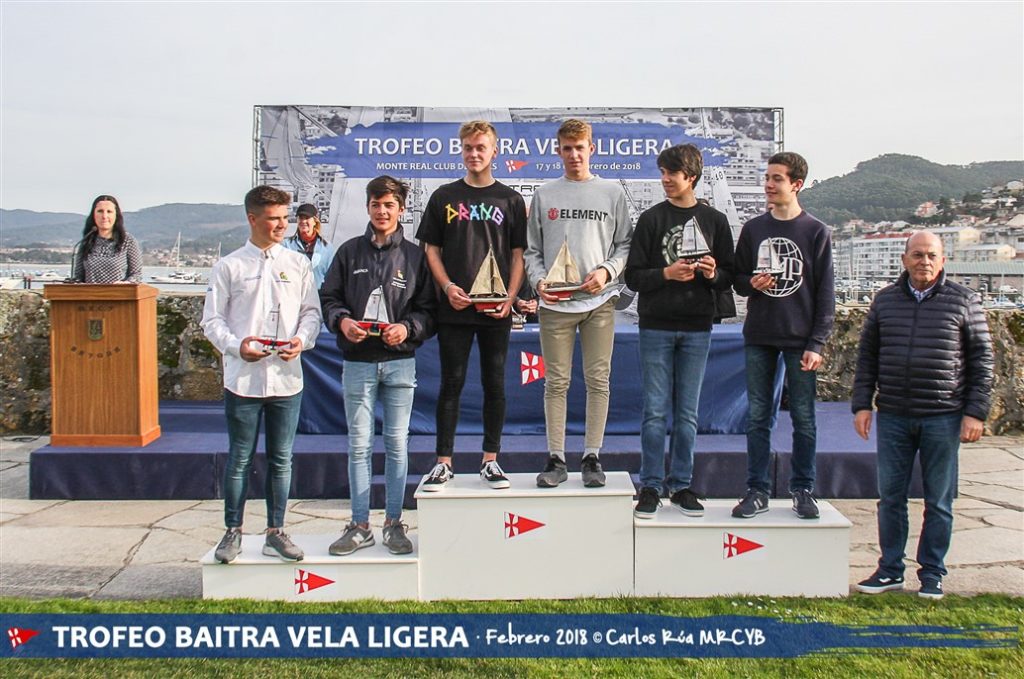 In addition to finishing third overall, García and Ripoll won the prize for the best U-17 crew, beating Africa Alonso and María Pérez Canal, from the Vigo yacht club; and Yago Castro and Jaime Wizner, who were second and third respectively. 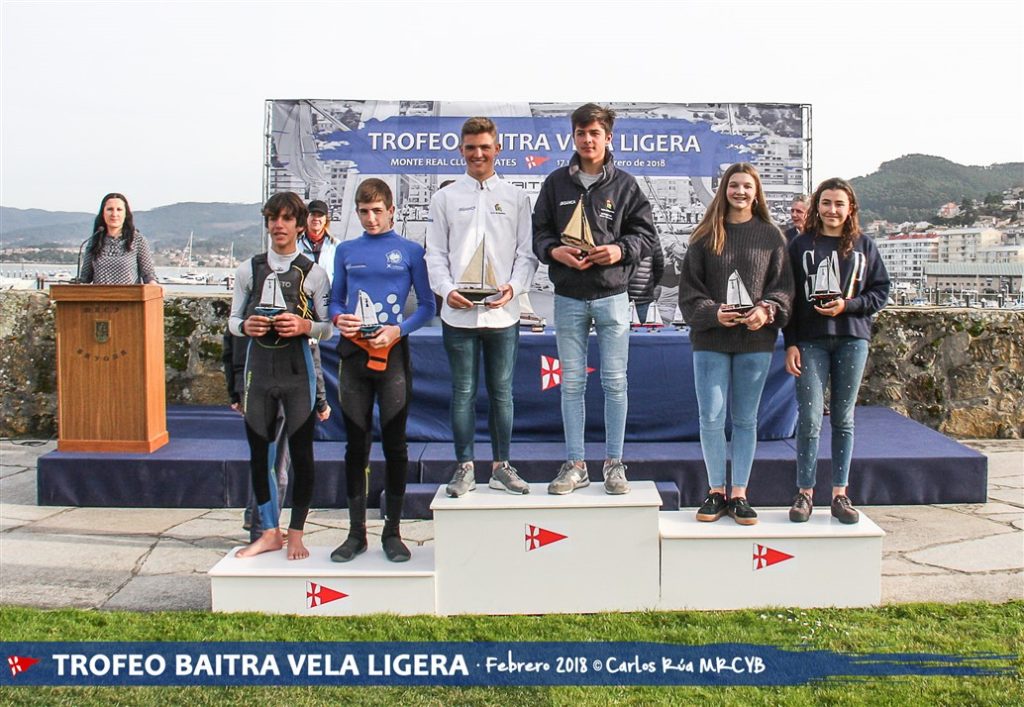 The girls took, in addition to the second prize in U-17, the award for the best female crew of the competition. 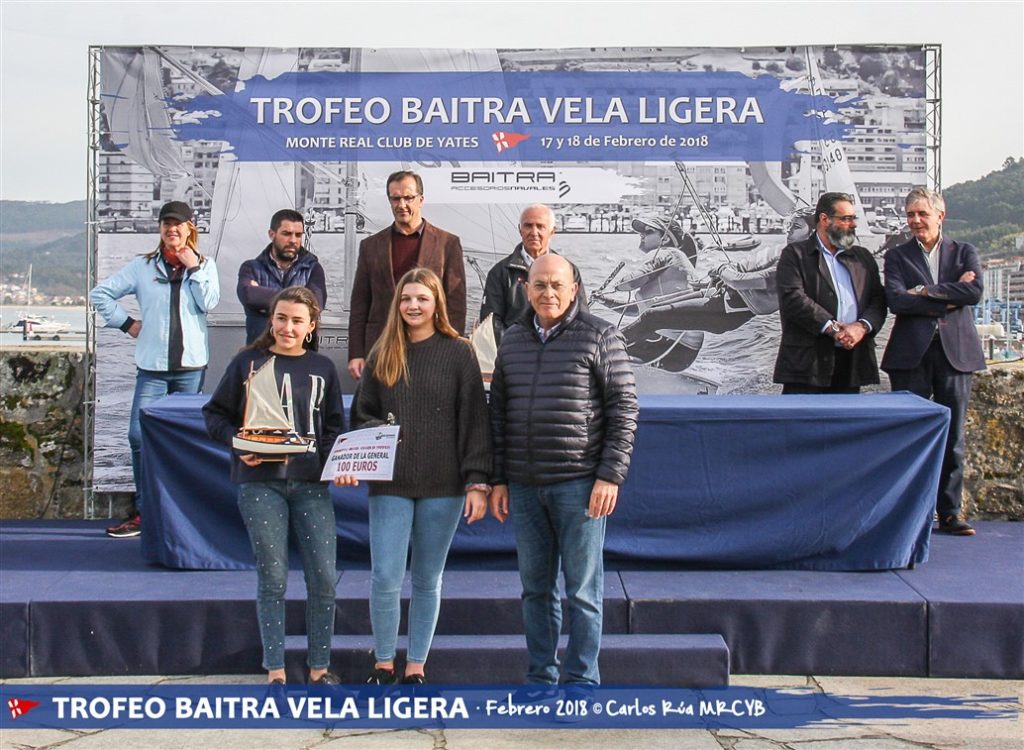 Present at the awards ceremony for the winners were the president and several directors of the Monte Real Club de Yates, as the organizing club; the manager of Baitra, as sponsor of the event; the mayor of Baiona, Ángel Rodal; the councilor for maritime activities of Baiona, Raúl Costas; and the president of the Galician Sailing Federation, Manuel Villaverde. 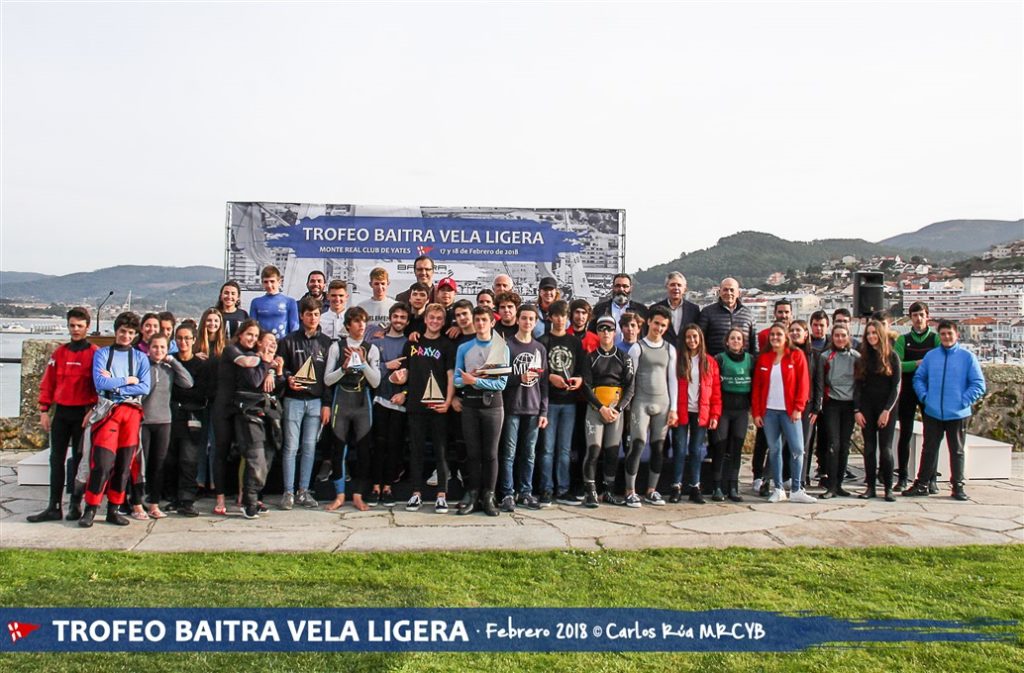 The next appointment with the regattas in Baiona will be the Infinitus Rent Trophy, for J80 monotypes, which next weekend celebrates its fourth day, with Miguel Lago’s Virazón at the head of the classification.