This year we repeat the Rías Baixas Route, a pilgrimage by sea from Baiona towards Santiago de Compostela passing through Combarro, Rianxo, A Pobra do Caramiñal, Muros and Portosín.

It is an event with which the club intends to spread the maritime culture, promote nautical tourism, promote the sport of sailing and publicize the potential of Galician ports.

Today, our president summed up in a few words everything that this fantastic route encompasses: “tourism, nature, sport, gastronomy, religion and traditions… some of the best attractions that Galicia can boast of”.

With a dossier with the route, some hats, some flags, a little wine… and, above all, with great enthusiasm. This is how we start this Monday the II Rías Baixas Route, which will take us through some of the most beautiful points of the Galician coast.

After the first meeting of the route, at the club, we left Baiona towards Las Estelas, with sun and good wind, but the fog soon arrived, which became very thick and made it very difficult for us to see.

Luckily it was something punctual, and after crossing the Vigo estuary and arriving at Cabo Home, everything began to improve. We saw the sun again and the heat began to rise, leaving us with perfect conditions for anchoring, eating and swimming in the Aldán area.

To end the day, they were waiting for us in Combarro. Galician Television was there to cover our adventure and there was also paella, ham, wine, soft drinks… and a concert.

It was the perfect end to our first day of sailing!

With the sun in the sky and temperatures that announced what would be an intensely hot day, we left Combarro towards Rianxo, about 30 miles away from us.

We reached the wonderful island of Ons with very little wind, but after passing the archipelago everything began to change. A very good north entered, with between 15 and 18 knots, to add a little excitement to the day, and with it we reached Ribeira.

The Ribeira cove was the point chosen by some boats to stop along the way and enjoy a pleasant meal. Other sailboats chose to continue sailing to Rianxo.

As on the first day, music and good food marked the end of the sailing day. A live group, empanadas, tortillas, wine… and an afternoon that invited a dialogue with friends to share the experiences lived while the sun was setting.

The third day of the route was a real delight, very relaxed and enjoying the navigation to the fullest.

We left Rianxo towards A Pobra, with fewer miles traveled than in the previous days, little sea, wind between 15 and 18 knots and with a long stretch to the stern.

Some boats decided to spend the morning in Rianxo and leave for Pobra in the afternoon, while others decided to leave in the morning to anchor in Palmeira and eat there.

Upon arrival at port, a new reception to see how the day went and share pleasant moments with the rest of the crew. 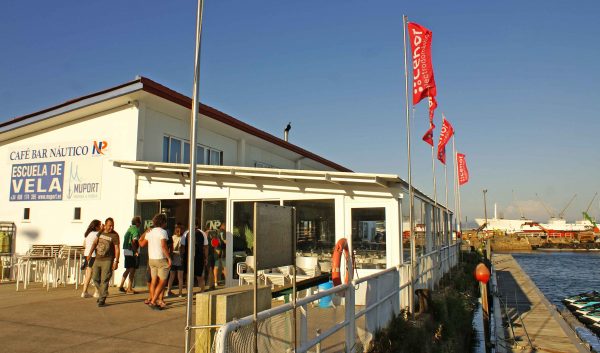 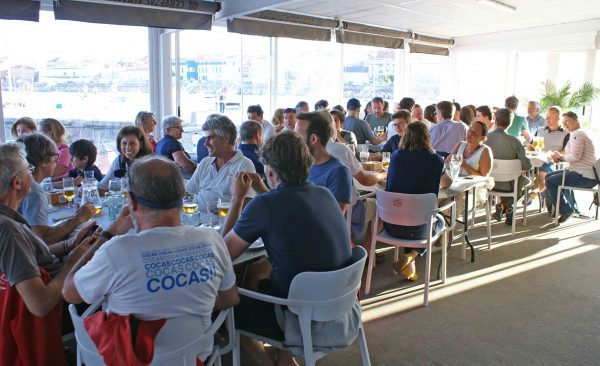 Knowing that we only have a few days left, everything begins to take on a different hue, and we try to take advantage of as much time as possible to enjoy Galicia and its wonderful estuaries.

Today we sail from A Pobra to Muros, a beautiful route with an important point, the Sagres pass. What at first seemed like it could be somewhat complicated for the fleet, because it is a very technical point, ended up being a smooth step. The tailwind and the little wave that there was helped and at all times there were two inflatables pending the entire fleet and the problems that could arise.

After anchoring in the San Francisco cove, with views of Monte Louro, to eat and rest, we undertook the last stretch to Muros, where a great summer night awaited us. We walked around the town (some took the opportunity to get to know it, since they had never been there) and had dinner there.

Last day of sailing! Today we leave Muros on what was possibly the best day of all sailing. Wind, sun, heat… and a trick to give the tour a little more excitement. 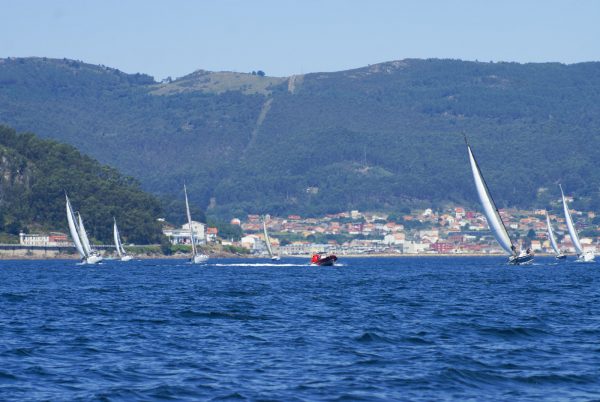 We all left Muros together, anchored and ate together in front of Aguieira beach… and enjoyed our last hours on the II Rías Baixas Route.

When we arrived in Portosín, a snack, a concert, and a night of conversations and dancing awaited us…

And so, with a beautiful sunset, we put an end to our nautical journey. Tomorrow the last section awaits us, by land, to Compostela. Good road to all!

Last stretch, now by land, to Santiago de Compostela… and upon arrival, the majestic cathedral welcomes us. It has been, without a doubt, a great experience. 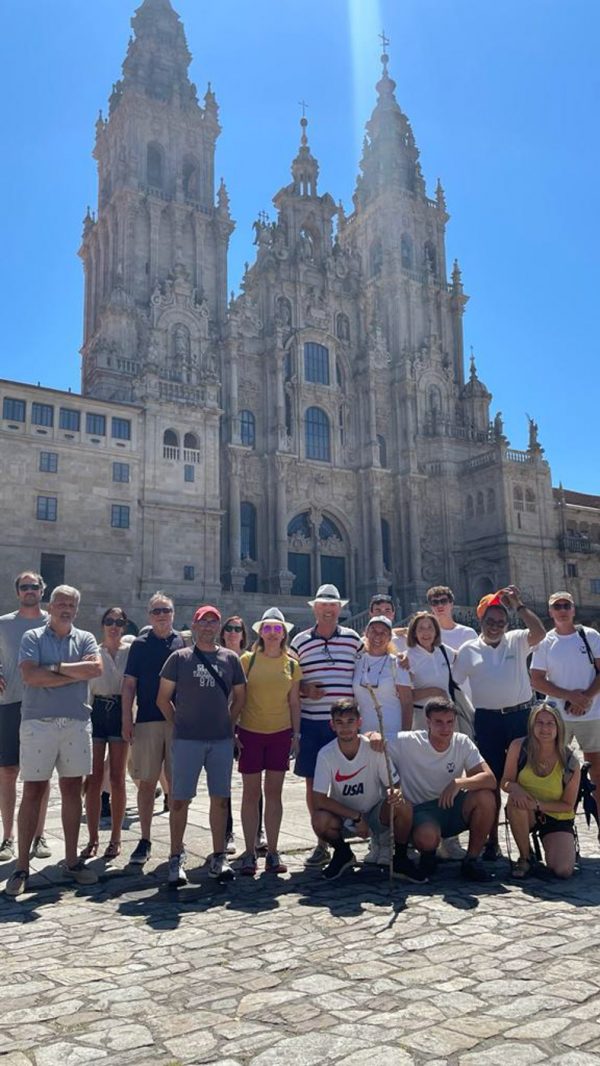