Miudo and Okofen fight for the Infinitus Rent Trophy 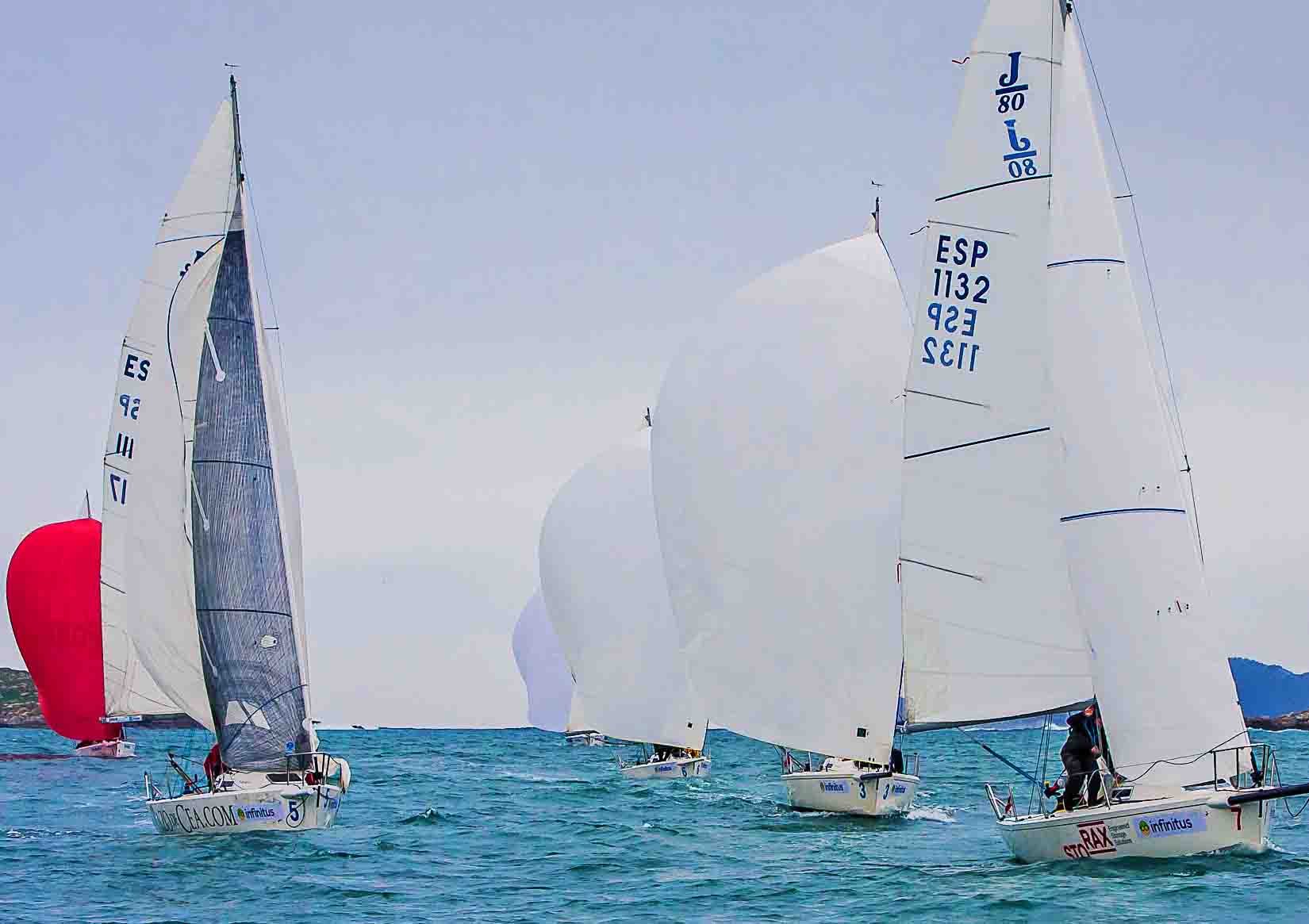 · The sailboats owned by Portuguese Afonso Leite and Javier de la Gándara from Vigo were placed leaders of the competition today tied on points, making Virazón de Miguel Lago, who was in the lead, fall to third position

· With several false starts and a general call on the water, the nervousness of a fleet that sees how the competition is approaching its end and tries to give everything to sneak into the positions of honor was felt this afternoon

Afonso Leite’s Miudo and Javier de la Gándara’s Okofen were placed leaders of the Infinitus Rent Trophy today after the celebration of the fourth round of the J80 competition that the Monte Real Club de Yates has been holding since the beginning of the year. Tied on 13 points at the top of the standings, Miudo and Okofen dropped Miguel Lago’s Virazón to third position, which was in the lead and remains, despite losing the lead, one of the clearest competitors for the trophy gold.

With several false starts and a general call, the nervousness of a fleet that sees how the competition is approaching its end, and tries to give everything to sneak into the positions of honor was palpable on the water this afternoon. Today’s was also an important day due to the entry into play of a discard, which allowed each sailboat to eliminate its worst result so far, changing the ranking quite a bit.

Although the forecasts announced a difficult day, with little wind for navigation, it finally remained quite stable, and with an average of 8 knots it allowed the fleet to dispute the three scheduled tasks. In the first, Guillermo Blanco’s Meltemi, from the Real Club Náutico de A Coruña, won; in the second, the Ferralemes, by Enrique Porto, from Monte Real; and in the third the Portuguese Miudo, from the We Do Sailing club.

With these results and with the discard coming into play, the classification, which Virazón had been leading, changed a lot and practically all the crews changed position. The provisional podium is currently occupied by Miudo, Okofen and Virazón, who are first, second and third respectively.

Fourth place is occupied, with 28 points, by Cansino, by Fernando Yáñez; and in fifth and sixth position are Guillermo Blanco’s Meltemi, with 31 points, and Luis de Mira’s Namasté, with 34. In the intermediate boxes, the short distance that separates a large part of the fleet predicts an exciting end to a trophy to which two new J80s were added today, Javier Martínez Valente’s Cunichán; and the Boi de Canto of the vice-commodore of Monte Real, Genoveva Pereiro.

Once the halfway point of the competition has been passed, the Infinitus Rent Trophy has only two days left to define the winners’ podium. The next one will be held in fifteen days, on March 10, and the 24th will be the final day. For this last stage, a fellowship dinner is also scheduled at the facilities of the Monte Real Yacht Club and the awards ceremony for the winners.