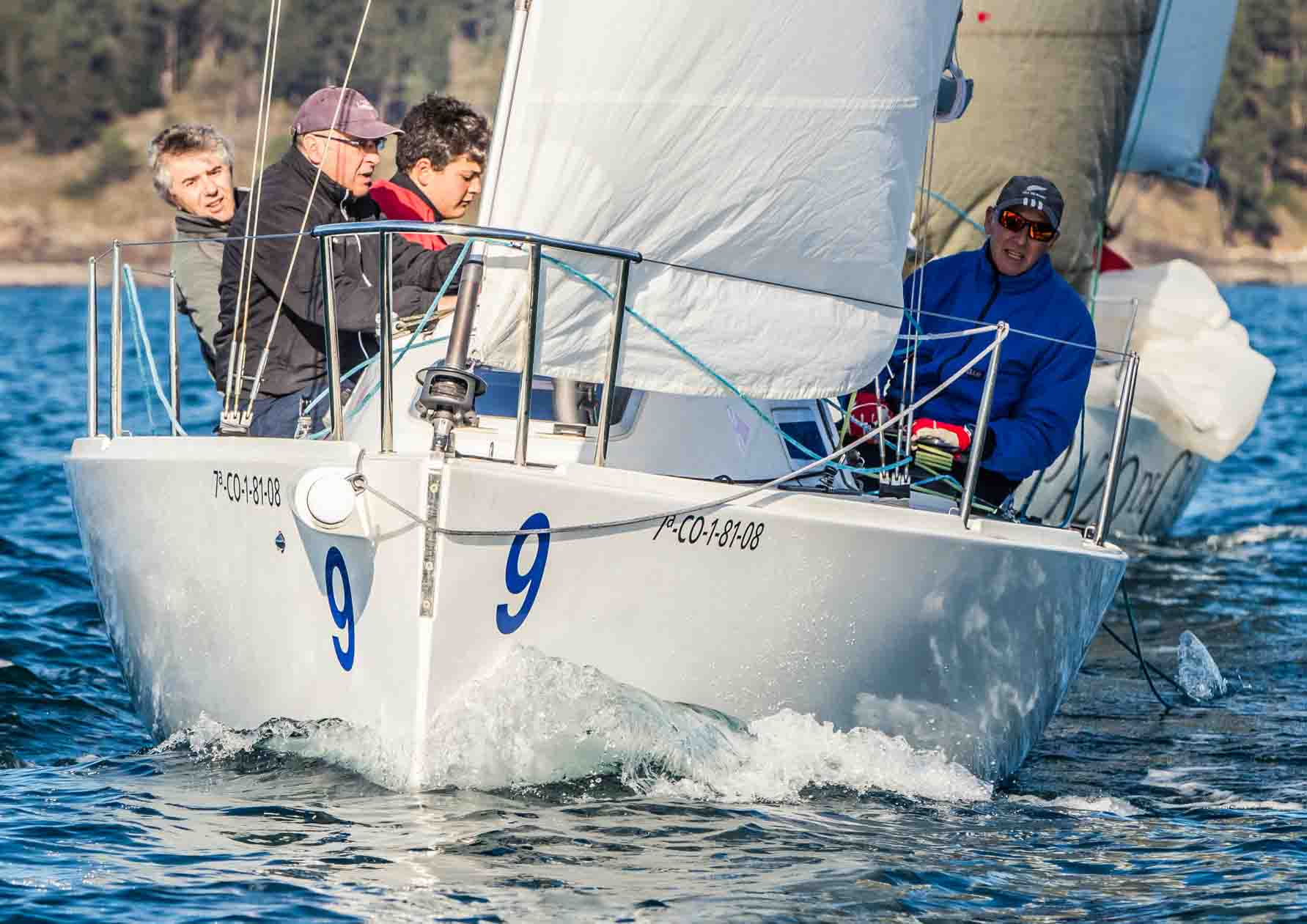 · The sailboat skippered by Commodore del Monte Real Fernando Yáñez closed the markers of the third day with two points, which was the first scoring after two attempts to start frustrated by the weather

· After two contested races and a third started but finally canceled due to lack of wind, Luis de Mira’s Namasté and Javier de la Gándara’s Okofen were placed in second and third position in the provisional classification

El Cansino became the first leader of the J80 class Winter League this Saturday, which is organized by the Monte Real Club de Yates and is held until next April in the bay of Baiona.

The sailboat skippered by the commodore of the Baionese club Fernando Yáñez closed the markers of the third day -the first scoring after the cancellation of the first two due to the weather- with two points in the two races played with a fairly weak northwest wind , with an average of 4-5 knots and peaks of 7.

In the first race, Cansino crossed the finish line ahead of Javier de la Gándara’s Okofen and Luis de Mira’s Namasté , who placed second and third. The crossing of the three by the finish line was very tight and that situation was repeated in the second race.

In it, Cansino reiterated its victory, and the second and third places turned around compared to the initial test, placing Luis de Mira’s Namasté ahead of Okofen de la Gándara.

The regatta committee, chaired by José Ángel Rodríguez, started a third test but the sailboats could barely dispute half an hour of test, since the wind disappeared completely and left the jacks stalled without being able to complete it.

Thus, Cansino with 2 points, and Namasté and Okofen with 5, are fully involved in the fight for victory in the Winter League. Further down the ranking are, with 10 points, the Mondo by Bernardo Macedo; with 11 the Miudo de Carlos Hernández and the Pazo de Cea de María Campos; with 12 the New Moon; and closing the classification three boats that have not yet been able to open the scoring, Yago G. Robatto’s Cormorant II; the Virazo n of Miguel Lago and the Cunichan by Javier Martinez Valente.

After this opening day, the J80 Winter League returns to the water in fifteen days, on Saturday, March 9, with the fourth round of tests, which will be the second scoring. Once again, three windward-leeward routes for a fleet willing to fight for a title that will be resolved on the last day, scheduled for April 6.