Yess Too, April Oils and Pairo 8 play the Count of Gondomar 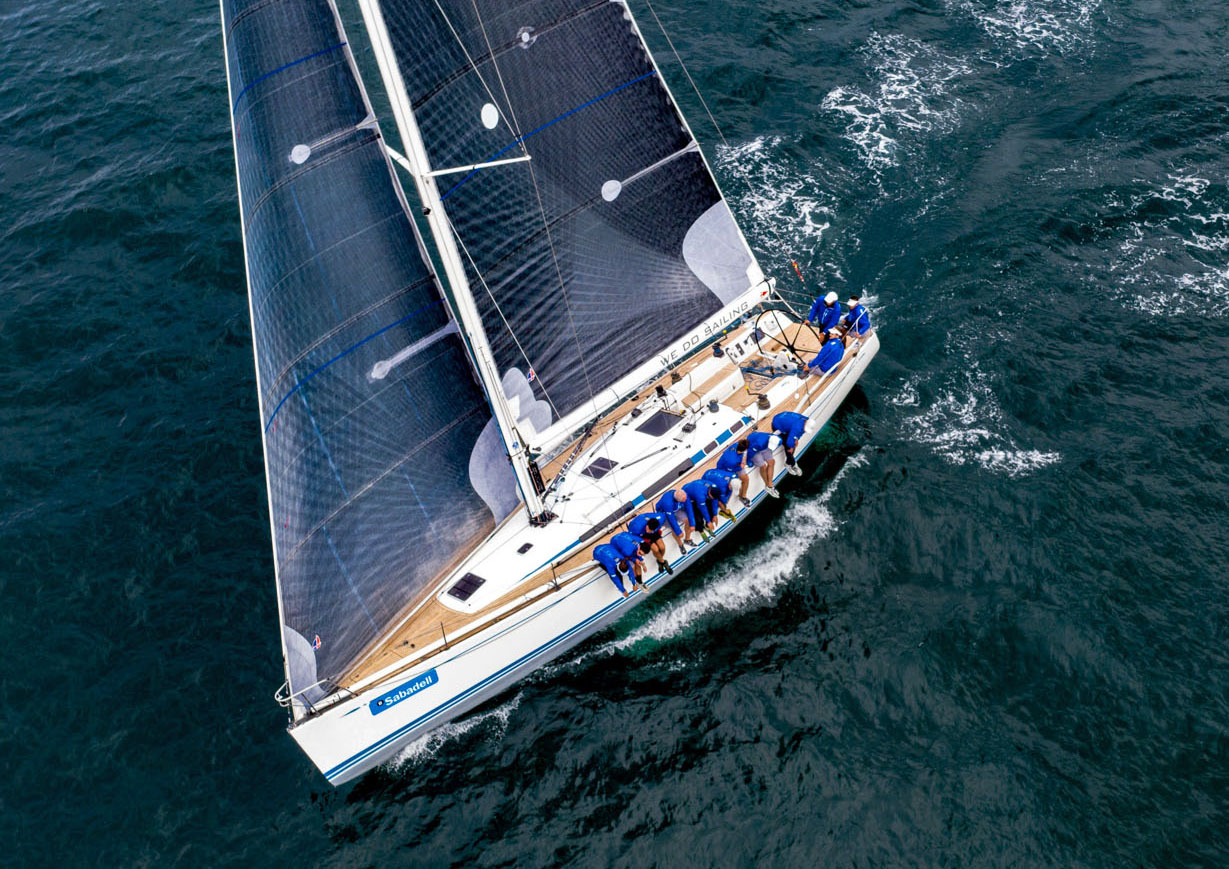 · In the J80 class, Juan Luis Tuero from Asturias remains the leader and in the Figaro class, Ladeira and Bouvento fight for the title.

· The 44th Count of Gondomar – Banco Sabadell Trophy ends tomorrow, Sunday, with two technical tests and the awards ceremony for the winners

The second day of the 44th Count of Gondomar – Banco Sabadell Trophy, held this Saturday in the Rías Baixas, increased the excitement towards the end of the competition with dance numbers in the rankings that distance some leaders from their most direct rivals and bring them closer the intermediate positions of the fleet.

The Aceites Abril of the Real Club Náutico de Vigo was the winner of the day in the STORAX ORC 1-2-3 class but they did not manage to unseat the Yess Too of Rui Ramada from the top of the provisional podium, so they will still have to fight tomorrow Sunday if he wants to achieve his fifth title -the fourth consecutive- of the competition.

In a 25-mile journey through the interior of the Vigo estuary, the crew led by Luis and Jorge Pérez Canal managed to shorten the time needed to defeat the Portuguese with tactical success, by choosing a course closer to Bouzas and not getting involved towards Moaña like the Portuguese team, which won in real time and still has gold in its pocket.

José Luis Freire’s Pairo 8, who replaced Luis Bugallo with Manuel María Cunha at the tiller, was the most affected in the fight between this triad of titans of the STORAX ORC 1-2-3 class. He went out with enthusiasm from Baiona to the unmarking, Carallones and La Negra, always following in the wake of Aceites Abril, which he only managed to overcome in Lousal. But on the beat back to the Tofiño mark, he fell back to third position, where he will reach the final tests tomorrow, Sunday.

Despite the fact that the classic route back to Ons was planned in the regatta program, after reviewing the weather conditions the regatta committee, with Fernando Giraldo at the helm, decided to propose an alternative route through the interior of the Vigo estuary. A success that allowed the crews to avoid the scarce wind from outside and navigate inside the archipelagos with a wind of about 12 knots on average.

Where there were changes was in the classification of the PSA RETAIL ORC 4-5 class, in which Luis García Trigo’s Unus, who had been leading, fell to third position after finishing sixth in today’s test. The winner of the day was the Balea Dous of Luis Pérez, of the Real Club Náutico de Rodeira, who after winning the regatta took the lead followed by La Burla Negra, of Juan José Martínez Silva. Victor Álvarez’s Nahela was another of the outstanding boats of the day, but failed to make it onto the provisional podium.

In the RIAS BAIXAS J80 class, the Luna Nueva of the Asturian Juan Luis Tuero remains the leader, who today did not do very well in the test, in which he came in fifth, but whose victory on the first day allows him to stay in top of the ranking. They are followed in the general by Santiago Estévez’s Cunichán, who slips into the top three, and José Luis Pérez’s Maija, who fell from second to third place.

In the MARTIN MILLER FÍGAROS competition, the boat belonging to the vice-commodore of the Monte Real Yacht Club, Genoveva Pereiro, holds the gold of a provisional podium completed by Fernando Rey’s Bouvento and Victor Fernández’s Tutatis.

Tomorrow is the decisive day

After completing this second stage, the competition will resume tomorrow, Sunday, with the last two tests scheduled in the program for the 44th Count of Gondomar – Banco Sabadell Trophy. Starting at noon, at the anchorage of the Cíes Islands, two windward-leeward regattas will finish defining the winners’ podium before the awards ceremony, which will be held at six in the afternoon at the Monte Real Club de Yates .

The president of the Baionese club, José Luis Álvarez; and the general manager of Sabadell Gallego, Pablo Junceda; they will be in charge of presiding over an event in which the mayor of Baiona, Carlos Gómez, will also present awards; the delegate of the Xunta de Galicia in Vigo, Corina Porro; the vice president of Monte Real, Alejandro Retolaza; the manager of PSA Retail Vigo, Daniel Martín; and the deputies for Pontevedra Iria Lamas and Raquel Giraldez.